BJP’s Jitendra Yadav from Ward 24 won the election with the highest no. of votes: 8,513; BJP’s senior leader, Munnalal Yadav, from Ward 27 just managed to scrape through: 430

Indore (Madhya Pradesh): Indore Municipal Corporation’s (IMC) general elections, 2022, made some interesting records. While the BJP won the elections for the 5th time in a row, the record for the highest and lowest winning margins in the councillors’ elections were of BJP candidates.

The IMC elections were imposed on both the prime political parties, the BJP and the Congress, by the Supreme Court. Obviously, both the parties and their workers were not ready to fight the elections. It reflected in the voting turnout, too, which stood at just 60.88%. However, the data analysis of the counting of votes for councillor candidates reveals some interesting facts and records.

Both the highest and the lowest vote gainers are from BJP and, coincidentally, both are Yadavs. The BJP’s Jitendra Yadav from Ward 24 was the top scorer. His victory margin was the highest among all the 85 winners. He secured 10,877 votes, while his nearest rival and Congress party candidate Pari Mehra could manage to get merely 2,364 votes. Jitendra won the election with the highest margin of 8,513 votes. Sangeeta Joshi of the BJP from Ward 37 was the second-highest scorer with 6,496 votes and Ashwini Shukla of the BJP from Ward 14 was the third-highest vote gaining candidate.

On the other hand, the BJP’s senior leader, as well as councillor, Munnalal Yadav, who fought the IMC election from Ward 27 was top from the bottom and secured victory with a margin of just 430 votes. Sonila Mimrot of the Congress from Ward 45 was at second position in the bottom by securing 482 votes. 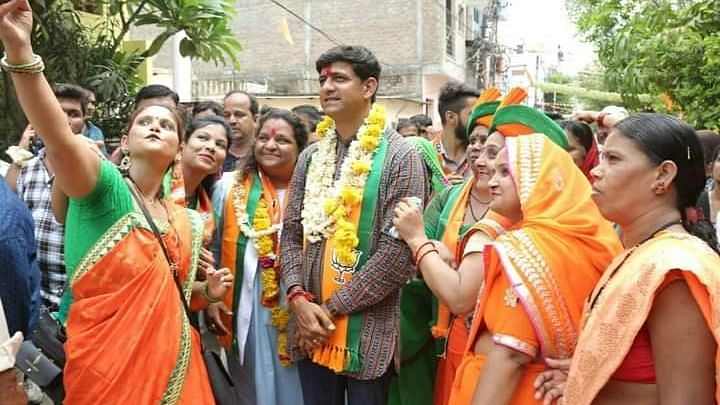