Heartburn over perks: DAVV professor takes to twitter, says registrar gets vehicle and other facilities while HoD doesn't

One more tweet of his highlights importance of the vice chancellor, registrar and deputy registrar being academicians.
Atul Gautam 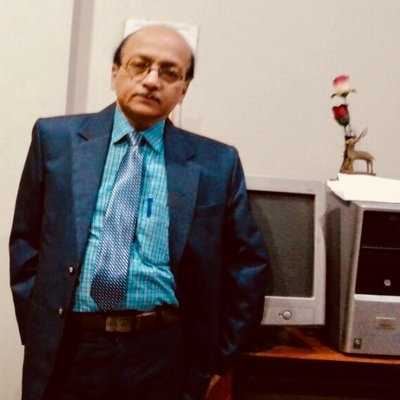 Indore: Prof Anand Kar, who had made headlines last year for attacking his former vice-chancellor Narendra Dhakad and his old colleague Suresh Chand on facebook, has now gave vent to his frustration on twitter – this time on university registrar.

In one of his recent tweets, he expressed his discontent on registrar getting more respect and facilities even when the officer draws lesser salary then a professor.

“I feel, in India a Registrar/Dpty Reg of a varsity is respected more than a #HoD/Prof of #UTD. Although the #salary of the former is less</=to that of latter, a Reg gets vehicle & other facilities, but HoD doesn't get even when both r admin posts. Is it justified?,” his tweet reads.

I feel, in India a Registrar/Dpty Reg of a varsity is respected more than a #HoD/Prof of #UTD.

Although the #salary of the former is less</=to that of latter,a Reg gets vehicle & other facilities,but HOD doesn't get even if both r admin posts.

In another tweet, he perhaps signalled at mistreatment by the registrar of academics and added that if the professor is made the registrar, then the teaching staff would get the respect they deserve.

“If a snr, but academically sound professor is made the Registrar of the university, he/she may give proper importance/respect to the professors/teachers/#academic,” his tweet reads.

One more tweet of his highlights importance of the vice chancellor, registrar and deputy registrar being academicians.

“If both VC & Reg are good academicians, then our #varsities can come in top world ranking,” tweeted Kar.

He also tweeted that the university would progress only when registrar and deputy registrar are researchers.

“I strongly feel, both Registrar and Deputy Registrar of any varsity should be good researchers, then only the university will be able to progress academically,” his tweet reads.

“Is it not right to close/merge those teaching departments in coll/varsity which have only one or two permanent faculty/profs?,” he tweeted.