HomeIndoreGuna: Woman accuses Congress corporator of raping her on the pretext of marriage

Guna: Woman accuses Congress corporator of raping her on the pretext of marriage

After the victim’s complaint, the police have arrested Santosh Ahirwar.

The victim has lodged an FIR in this regard at a women police station in Guna. After the victim’s complaint, the police have arrested Santosh Ahirwar, Rajput added.

Corporator from Kumbhraj Municipality, Santosh Ahirwar is also the MLA representative for Chachoda MLA Lakshman Singh and was in news last month because of an attack on him during MLC elections.

The victim in her complaint has said that, the Congress corporator sexually exploited her for two years on the pretext of marriage, but later married someone else.

Local sources claim that Santosh entered into the wed-lock on November 7. His marriage videos and pictures are available on social media as well. 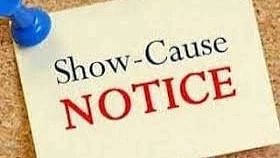