According to information, the Chamber of Commerce has installed about a 100-foot tall pole for hoisting the country's flag at Guna Sanjay Stadium Complex.

Guna (Madhya Pradesh): The newly elected councillor Shekhar Vashistha in Guna once again raised the issue of disrespect for the National Flag on the 100-foot tall flagpole at the Sanjay Stadium premises.

According to information, the Chamber of Commerce has installed about a 100-foot tall pole for hoisting the country's flag at Guna Sanjay Stadium Complex. However, neither the hoisted flag nor the pole has ever been maintained by the members. Regarding this, many times the players who -visit here for their matches have had heated arguments with the said organisation people for not hoisting the national flag in a proper condition.

Now this time, the leader of opposition in the municipality Vashistha has again strongly raised a voice against it. He said that, again, the saffron part of the flag was found to be torn, and the Tricolour symbolising the pride of the country being hoisted in this condition is a matter of great shame. But, organisers pay no attention to it. He added that soon he will submit a written complaint to the administration demanding strict legal action against the Chamber of Commerce for contravening the flag code. 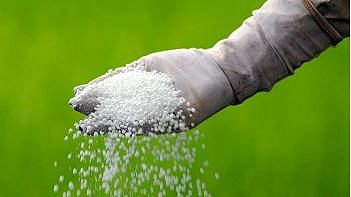