Preparing for the grand festivals, most large pandals are being prepared on different themes. A new trend is following Trianga colour theme, i.e. using colours of Indian flag.

Indore (Madhya Pradesh): Ala re ala! Ganpati ala! The joyful songs, bright colours and hope for better tomorrow will tint the air of Indore soon as the grand Ganesh festival stretching to 10-11 days will commence from August 31.

Preparing for the grand festivals, most large pandals are being prepared on different themes. A new trend is following Trianga colour theme, i.e. using colours of Indian flag.

Major celebrations will be seen in famous temples of Indore especially Khajrana Ganesh, where everyday new decorations can be seen. The idol in preparation for Jairampur Colony |

The tallest and largest Ganesh idol measuring 12 feet by 14 feet made from soil will be installed at Jairampur Colony. Clay from river Ganges was brought and artisans from Kolkata were invited to prepare the idol. Artisans led by Rajeev Pal have been working on the idol for over two months now. Though Bhubaneswar installs a 51-feet tall idol, it is made using Plaster of Paris, bamboo and thermocol.

“We have chosen the design of the idol in the royal form of Lord Sun, who rides a chariot,” Anil Aaga from the organising committee said. He added that a long pathway about 500 feet long with red carpet and longest possible Trianga has been prepared for the festival. 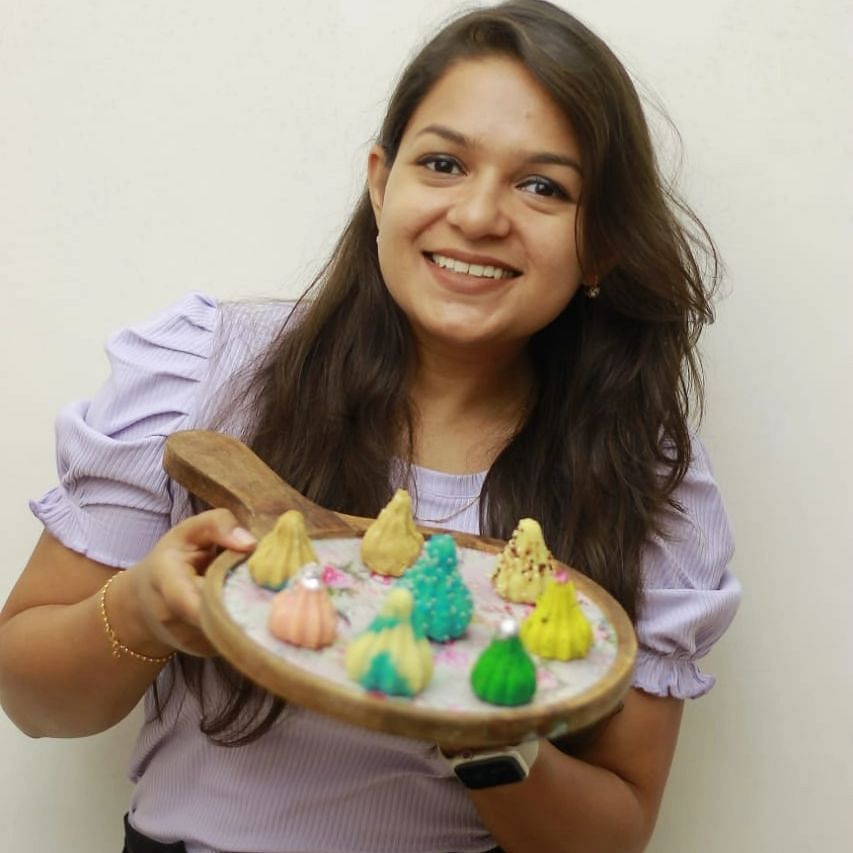 This year, it’s time to indulge in healthy sweets and bright coloured modaks. While chocolate modaks have been a part of Ganesh offerings, this year, it is more of traditional flavours.

Maharastrian families will prepare 11 types of Modaks including Ganesh’s favourite jiggery stuffed modak. Sindhi families will add their own traditional sweets including Khorak to the platter along with modaks as well. Rasgullas in different shapes, sizes and colours will trend across the city.

Further, Basundi will continue to trend among other dry fruits and other laddus. A healthy popular variant is puffed rice laddus. Some home bakers like Rakshita Mehta have prepared vegan gluten free keto modaks. The modak is vegan and has no dairy products for lactose intolerant people because these options are not available in the market. Some striking Idols are coming up...

A 21 feet high statue of Lord Ganesh, which is to be enshrined in the courtyard of Mahakal temple in Ujjain, MP, is being prepared in Indore. Artisan Atul Pal said, “This idol will feature 1100 forms of Ganesh.”

Further, another popular idol would be Nariyal Wala Ganesh. The idol features Lord Ganesh sipping coconut water. It will be installed at Sabzi Mandi and promote healthy eating.

Another idol that will gather enough attention is Bade Kaan Wale Ganesh, where the idol features Lord Ganesh with enormous ears to highlight the importance of listening.