The incident occurred when the woman, who was six months pregnant at the time of the incident, went to defecate in open near her house.
FP News Service 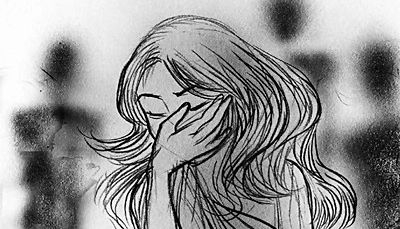 Gandhwani (Madhya Pradesh): A man has been booked for raping a 20-year old woman in Soyala.

The incident occurred when the woman, who was six months pregnant at the time of the incident, went to defecate in open near her house.

She informed her husband before leaving the house. Out in the field a man came and forcibly took hold of her.

The woman pleaded that she was pregnant and was not well but he thrashed and overpowered her. He told her that his name was Mohan Mankar and he was a guest at his uncle’s house.

Meanwhile as the woman did not return home for some time, her husband went out looking for her. He was shocked to discover the man was raping his wife.

On spotting the husband of woman, Mohan fled from the spot. He threatened to kill them if they were to inform anyone about the incident.

After the incident, the woman along with her family members reached police station and lodged a complaint against the accused.

Police have booked Mohan under relevant sections of IPC.