Victim was taken to Gujarat on promise of marriage

Dhar (Madhya Pradesh): One accused, who was absconded in the rape case of the constable's daughter has been apprehended recently. During the interrogation, he said that he had known the victim for five months only and had taken her to Gujarat promising to marry her.

According to the information, 19-year-old Banshi son of Veer Singh reached the girl's residence with a bike on the night of June 5 and eloped with her. On her disappearance, her family members lodged an FIR. The family members were familiar with the history of the accused. So in search of their daughter, they reached Bakaner, Gujarat and luckily found her there. When they returned, the daughter confessed to having been raped.

During the police investigation, the victim said that she knew Banshi beforehand. She said they first went to Mhow from where they boarded a train to Gujarat. There he kept raping her in the room in which they were staying. TI Sameer Patidar informed that, after recording the statement of the victim, the accused has been arrested and a case has been registered under various sections of the IPC including that of rape. Banshi's bike was also confiscated by the administration. 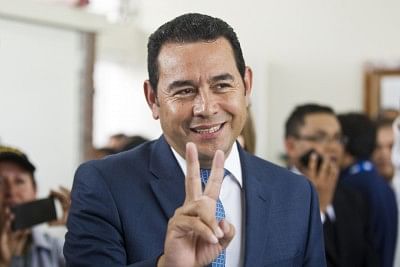