IMC used a poclain crane, JCB, dumper, and other machinery in the drive. During the IMC drive, a heavy police force was also present at the spot to ensure the IMC team’s security.
Staff Reporter 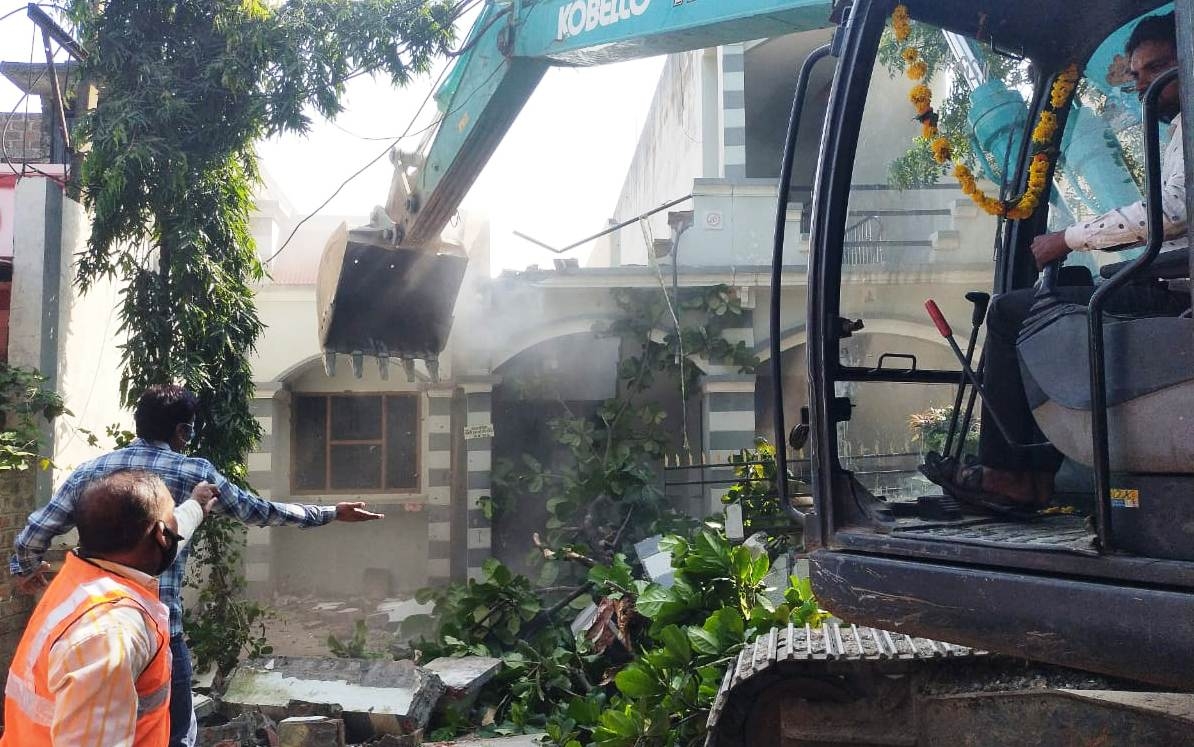 Indore (Madhya Pradesh): In its ongoing drive against illegal structures and land mafia, Indore Municipal Corporation, on Saturday, carried out a demolition drive in several areas of the city.

Officials said that one drive was conducted against the encroachment made by Praveen Ajmera in Chota Bangadda. He had built a G+2 building on 1,500 sq.ft and, in the basement of the building, he had developed several shops for commercial use and was using the two floors for residential purposes.

Similarly, Usha Ajmera had also made commercial shops on a piece of land measuring 1500 sq.ft. Commercial activities were being carried out in these shops. 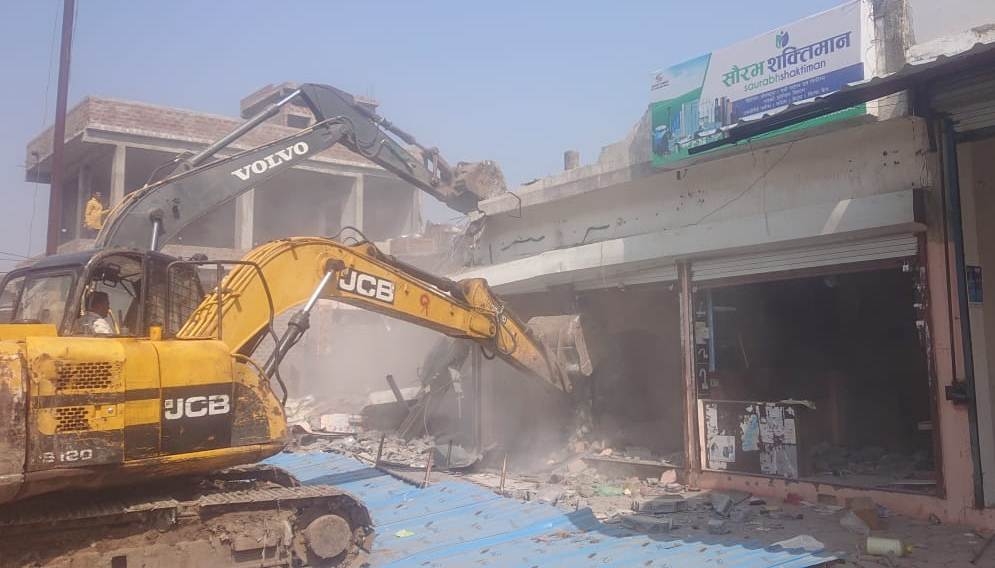 IMC officials said that, for both the plots, the owners had not taken permission from IMC and developed them illegally. They had developed 12 shops in all on both the plots. The IMC team demolished the entire structures developed illegally on these plots.

In another drive against buildings developed by goons in the city, the IMC team demolished the building of Sundar Jatav. IMC officials said that Jatav’s house—developed on a plot of 1100 sq.ft in the Nihalpur Mundi area—was demolished.

IMC used a poclain crane, JCB, dumper and other machinery in the drive. During the IMC drive, a heavy police force was also present at the spot to ensure the IMC team’s security.

Administration officials said that, acting on the orders of collector Manish Singh, the administration was also taking action against estate agents or property brokers who cheated people on the pretext of brokerage.

Praveen Ajmera was also a broker. He cheated Vijay Verma and Ajay Verma in a deal on a plot. He sold the plot to them which was already registered under the name of Pankaj Patodi. He used forged documents in the registry of the plot at a cost Rs 40 lakh. A complaint was lodged against accused Ajmera and investigations were carried out and a police case was registered. After instructions from the administration officials, the demolition drive was conducted. 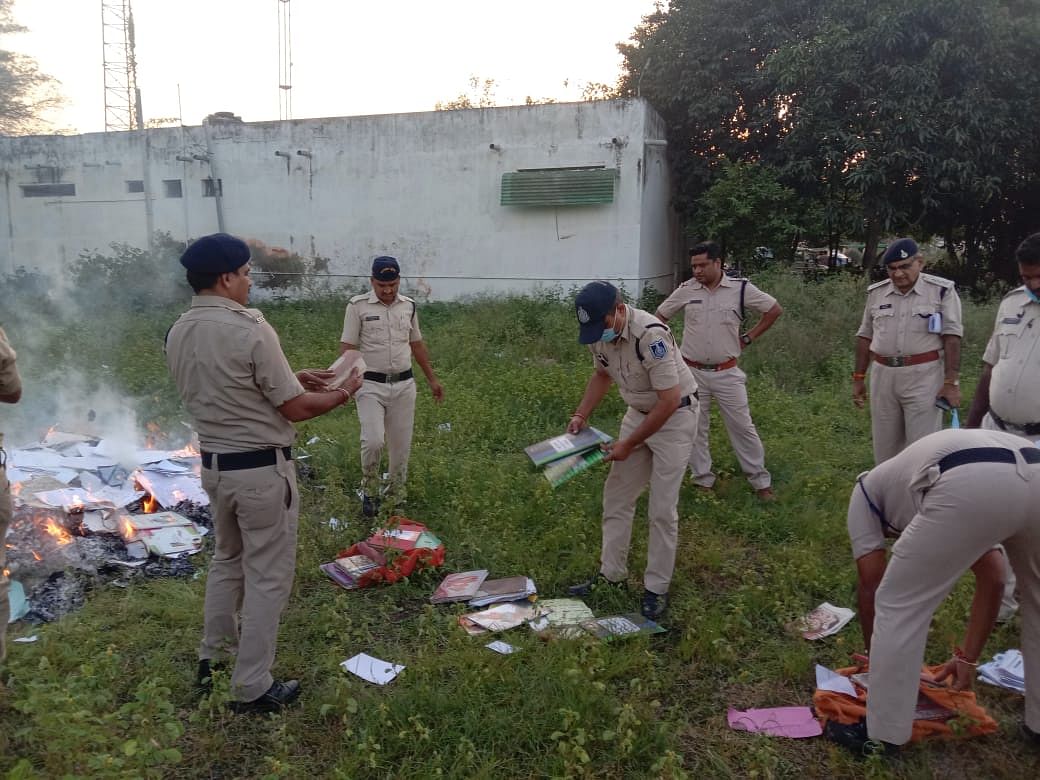