Coronavirus news in Madhya Pradesh: Over 10K returned to Ratlam in 10 days 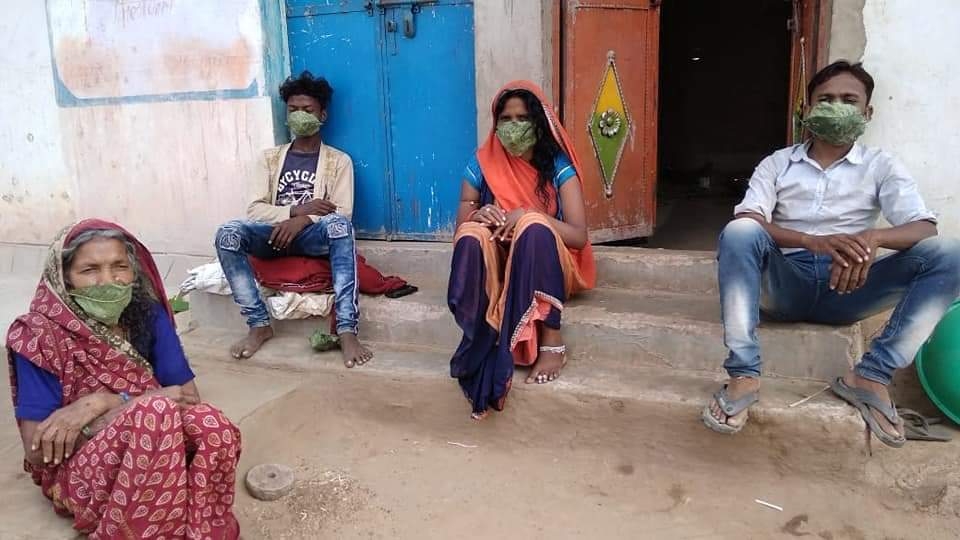 Ratlam: In last ten days period about Ten thousand persons have come back to the district from various places including neighboring districts.

Two thousand such persons have been identified who have returned from such places where Covid-19 cases have been reported. Stickers are being pasted outside homes of such persons to help people to know that someone inside the dwelling is under Home isolation for fourteen days period.

Giving this information today SP Gaurav Tiwari informed media persons that all such two thousand persons identified to have been returned from the places where Covid-19 cases reported have been informed that they have to remain for fourteen days for home isolation. They have been also told not to open their establishments or shops.

Area people have also been informed while pasting stickers that they should watch on such persons that they did not move out of their respective houses. And if any one violates the directives then legal actions will be taken.

SP also informed that dharmashala and hostels have also been made ready for the accommodation of such persons who did not have shelter as no movement from district borders is being allowed from March 29.

Sendhwa: Hundreds and thousands of workers who had gone to adjoining states are now returning back to their homes in wake of COVID-19 virus. The workers are crossing Gujarat, Maharashtra, Rajasthan and Uttar Pradesh borders on foot, and no facilities have been set up to get these migrant workers checked. A temporary outpost has been set up at Palasner village, on the border of Madhya Pradesh and Maharashtra, where one employee and two police personnel along with supervisor from health department Ganesh Nikum, and an AYUSH doctor Pushpendra Muzalde, are posted by the health department. There is no kit available for checking the health of these migrant workers, and there is also no concrete record keeping a track of their travel history. So if any corona positive or a potential patient enters the state, it is not possible to have a systematic investigation before Indore.

Barwani: Due to the ongoing total lock down, the labourers who went for employment in other adjoining states are returning on foot and by vehicles to their hometowns. They are being checked at temporary checkpoints set up by the administration. After a complete health checkup, the labourers are provided lunch and then sent home by administration designated vehicles. On Sunday, a large number of labourers arrived in town crossing the Narmada Bridge of Kasrawad on foot and by vehicles from Gujarat. They were taken by officials to their destinations by buses and pick-up vehicles.

Badnawar: Over 100 auto-rickshaws are crossing Gujarat, Uttar Pradesh and Rajasthan borders each day as the migrant laborers return home. The autos are filled with over 8- 12 laborers, including some very young children. The journey of over 1,000 kilometers is being completed in 5-6 days. Meanwhile, due to non-availability of auto gas, many are forced to stay overnight. They also have to bear the trouble of hunger and thirst because there is no food arrangement and they cannot afford to buy. Auto rickshaw driver Sheelu said that they were returning from Surat and are going to Shivpuri with family, as in Surat they were informed that everything will be closed for at least the next six months.

Gandhwani: On Saturday, Gandhwani police helped a distressed woman who decided to travel from Pithampur to Dehri to reach her family. She was taken to the station, where she told in-charge MT Bag that she had taken a lift from Pithampur to Mangoda and covered the last 39 kilometer to Gandwani on foot. After a complete checkup, the officials at Dehri were called and her family members were asked to pick her up. Similarly, Industrialist and social worker Mohan Lal Khandelwal gave out food packets to migrant workers on the highway.

Dahi: On Sunday, 48 laborers of Dahi were well received at Gujarat- Madhya Pradesh border and dropped off home after a complete health checkup. They had to walk from Vadodara to Sondwa, but administration made arrangements for them from there. The health tests were done by BMO Dr JS Panwar and other doctors in the government hospital. Pramod, a laborer from Piplod village said that he walked from Kawat to Chhatkala to Sondwa and then Sondwa police took them home in a vehicle. He told that he had gone to Gujarat only eight days ago. Irfan Mansoori and social worker Durgesh Verma, are working here on spreading awareness about symptoms, prevention and cure of corona virus. They also told the workers to observe self-quarantine for at least the next two weeks.

Alot: The workers coming from adjoining states were taken in buses to their destination on Saturday led by SDM Chandra Singh Solanki. Collector Ruchika Chauhan and the superintendent of police Gaurav Tiwari reached the city and inspected the entire city and gave proper directions to the administration to maintain the norms of social distancing. During the relaxation hours of lock down from 7 am to 11 am, the crowd of people at the vegetable, grocery and fruit shops continues unabated. Despite the administration’s warning for people to stay in homes and not to rush in crowd, the markets were over flowing till 11 am. The social and religious organisations are setting the example by distributing food packets and water to the needy and homeless. Food packets are also being given to the migrant laborers and the administration is constantly working to arrange vehicles for them. Shocking: MP Police writes on migrant's forehead 'I violated lockdown orders, stay away from me'