HomeIndoreBarwani: Classic case of superstition; undeclared lockdown in village to get rid of bad omen

Barwani: Classic case of superstition; undeclared lockdown in village to get rid of bad omen

The matter was reported at Dudwapura area, a Bhilala community-dominated locality in Borwada gram panchayat in Rajpur tehsil of Barwani district. There are around 50 families of Bhilala community in the village.

Barwani (Madhya Pradesh): “MP ajab hai, sabse gajab hai,” the famous catchline of the state government’s efforts to harness the state’s enormous tourist potential could also be the apt punchline for a bizarre incident reported in the tribal dominating Barwani district where villagers imposed undeclared 60-hour lockdown in the village.

The matter was reported at Dudwapura area, a Bhilala community-dominated locality in Borwada gram panchayat in Rajpur tehsil of Barwani district. There are around 50 families of Bhilala community in the village.

Villagers claimed that they took a step as a remedy to get rid of bad omen and avoid further untoward incidents in the village. Villagers added that there are eight young people from the village who died in the last one-and-a-half year due to accident, drinking, poison and hanging.

To get rid of such untoward incidents in the settlement, the boundaries of the settlement were sealed with bullock carts and other means.

Village sarpanch Rajaram Dudwal informed that all the entry points of the settlement and the boundary was sealed by tying mango leaves, bullock carts and other means.

Not only during day time, villagers guarded the entries during night hours, so that no one could move inside or outside the village. The sarpanch said that this decision of undeclared lockdown is of the elders here, which is our duty to follow.

The sarpanch told that recently Thansing, son of Bilwar was sleeping on the roof of the house that suddenly fell from the roof in the night and died even though there are high walls around the roof. There were also some other deaths due to accidents and hanging.

Bishan, son of Dagadia said that to avoid further untoward incidents, we called Ramlal, son of Lakshman, Bharat, Shobharam, Mangilal, residents of Bhamori in Khargone district, who would worship and throw out the evil powers from our place. For this, special offerings of ghee and flour are being made. There is an undeclared lockdown till Thursday.

During this 60-hour undeclared lockdown in the village, the people of the settlement were asked to prepare simple food without spices. The women did not go to fetch water. The men filled the water of the house. The villagers were asked not to keep cow dung outside the house, or leave the animals out. 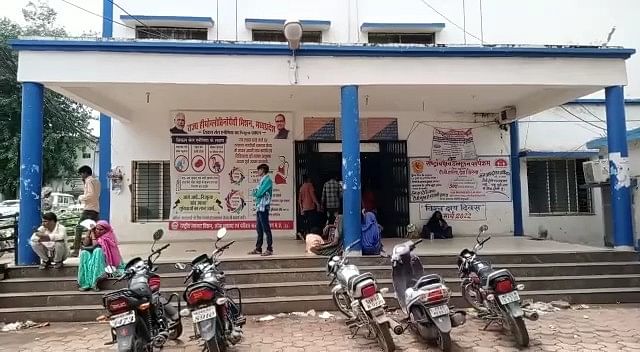