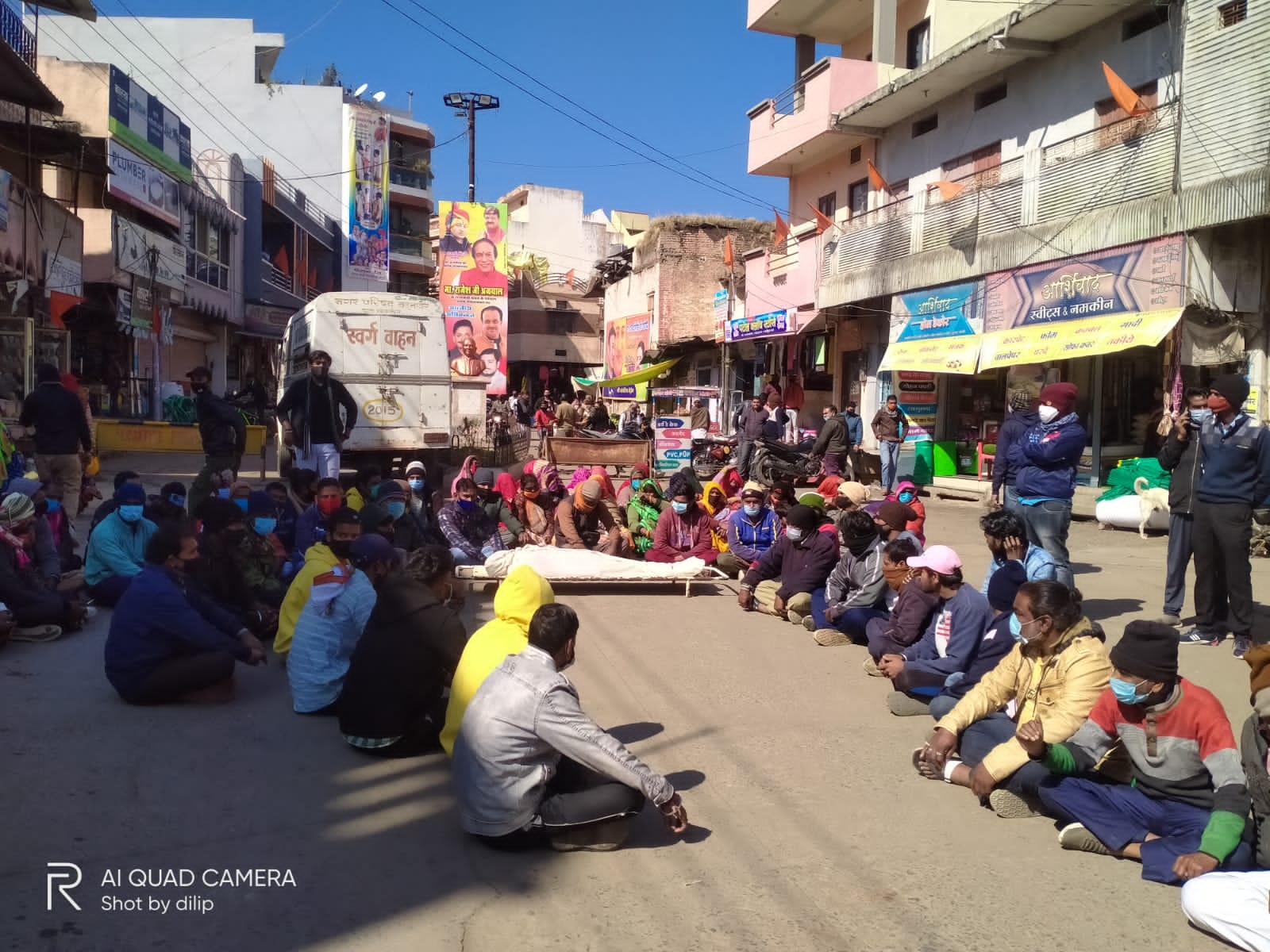 Badnawar (Madhya Pradesh): Scores of sanitation workers staged protest in front of Ambedkar statue in town with body of Kiran Reel, 48. He had committed suicide in his house.

At the time of suicide, Reel was alone at his residence. His wife, who too is a sweeper, had gone for job.

His neigbours rushed Reel to hospital, where doctors pronounced him dead on arrival and sent the body for post-mortem. Police too was informed.

Meanwhile, Reel's relatives accused officials and employees of city council of harassment and demanded immediate action against them.

After the post-mortem, instead of taking the body home, Reel's fellow workers took body to Ambedkar intersection and staged a protest by placing body on the road.

A large number of women and men staged dharna for more than two-and-a-half hours.

They were demanding immediate registration of case against CMO Bhandari and three other employees for harassing the deceased.

Sanitation workers said that Reel was a tractor driver in the Municipal Council and posted on trenching ground for the last few days.

After local police came to know about the protest, a team rushed to the spot and tried to convince the people but the latter did not budge.

SDM Virendra Katare, SDOP Devendra Yadav and others reached the spot and tried to pacify protesters but in vain.

Later SDM Katare assured them of action against the guilty.

The SDM immediately accepted the demand to remove sanitation inspector Bharat Utwal, investigate the matter and take action and not remove any sweeper. But before taking action against the CMO, a proper probe was required.

Meanwhile, Manoj Utwal, son of former minister Manohar Utwal, too reached the spot and persuaded protesters to give up the dharna.