On Tuesday, the demolitions began in the morning, where three ‘illegal’ structures were razed, in a joint action of local administration and police officials.

Mandsaur (Madhya Pradesh): The district administration on Tuesday carried out a demolition drive, razing three illegal houses located in the village, few days after clashes erupted during Garba-Dandiyaraas in Surjani village of Sitamau tehsil of Mandsaur district. As per details, a fight broke out during Garba-Dandiyaraas in Surjani village where two groups clashed with each other. On being informed, the superintendent of police (SP) Anurag Sujaniya rushed to the scene and pacified both sides.

Following which, notices of Illegal construction and encroachment were pasted on the buildings of the 3 accused. On Tuesday, the demolitions began in the morning, where three ‘illegal’ structures were razed, in a joint action of local administration and police officials.

SDM Sandeep Shiva said that the demolished buildings were illegal constructions of Raees Rahman, Aklu Khan, and Jafar Khan. As per the instructions of district magistrate (DM) and district superintendent of police (DSP), a joint team of revenue and police officials carried out the demolition of the illegally built houses.

A case has also been registered and the accused are at large. Local police have identified at least 19 people in the case for disrupting peace in the Garba pandal. SDOP Nikita Singh, tehsildar Vaibhav Jain, Tina Malviya, SHO Dinesh Prajapati and revenue police force were present. Action against mafia and encroachers would continue in the future as well. 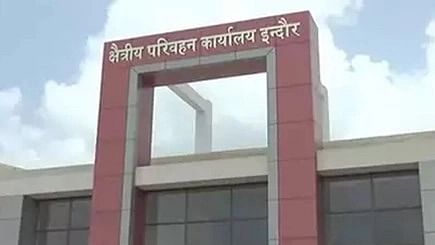