Year-ender 2021: 7 people from Chhattisgarh who made headlines 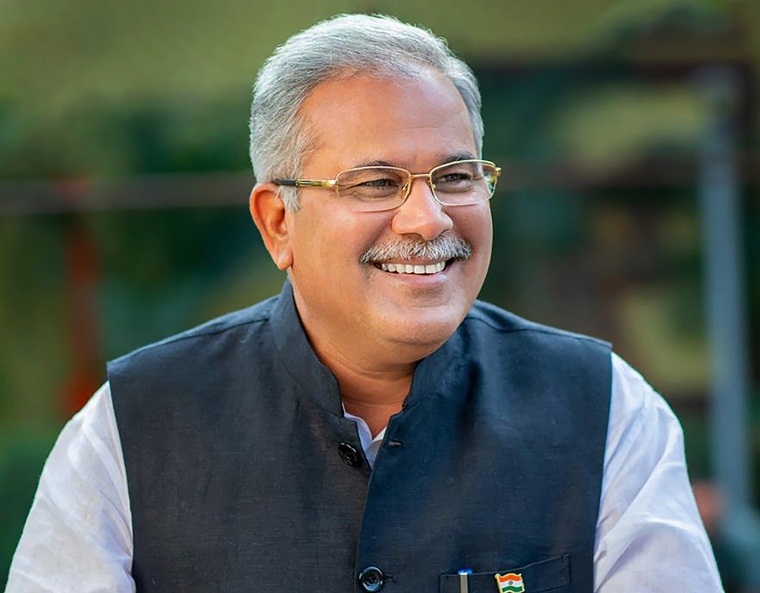 In a few days, the year 2021 will end. Contrary to expectations of the people of Chhattisgarh, the journey of the year 2021 remained a roller-coaster ride filled with bitter-sweet memories. In this interesting journey people witnessed drama, controversies, adventure, thrillers, unexpected events, victory, defeat, etc.

In the field of politics, religion, art-music and others, here is a list of a few people who made the headlines, remained in the limelight for their activities .

1. Saint Kalicharan Maharaj - On 26 November, in capital city Raipur ruling Congress party members, and police lodged FIR against the saint for insulting Mahatma Gandhi. A video clip went viral on social media where Kalicharan (a so-called devotee of Lord Shiva and ardent follower of Hindutva) was heard praising ‘Godse’ uttering demeaning words for Gandhi and presenting the Muslims as threat to the country in a Dharam Sansad programme. The programme was allegedly organised by Congress party leaders to boost the image of the party as a Hinduism supporter party. After the image boosting event went wrong, Chief Minister Bhupesh Baghel challenged the fugitive Baba to surrender and face the consequences.

2. Congress MLA Brihaspati Singh, Health Minister TS Singh Deo (Baba) and Chief Minister Bhupesh Baghel continuously hit the national and regional headlines over the two and half year formula of CM reshuffle. It has been alleged that Congress high command agreed to change in CM’s position in the month of June, but it won’t happen. Amid this, MLA Brihaspati Singh alleged the Health Minister's men attacked his convoy and wanted to kill him because he denied supporting change in CM’s position. It led to ruckus and adjourning of motion in the Chhattisgarh assembly. The Health Minister left the assembly proceedings in the middle and avowed not to rejoin the house till the allegations were not withdrawn. It put the Baghel government on the backfoot and MLA Brihaspatisingh withdrew his allegations saying that it is an outcome of his overflowing emotion and was not intentional. After the episode, more than 46 MLA of the Bhupesh faction camped to the Delhi Durbar to pressurise Congress high command to rethink its decision related to change in guard in Chhattisgarh. The intervention of Priyanka Gandhi saved the skin of CM Baghel.

3. CM Baghel also stole the limelight of several other top brass Congress leaders by jumping into Lakhimpur Kheri incident to support Priyanka Gandhi. He addressed a press conference from the airport with a cellphone after he was prohibited to go outside of the airport. He announced a compensation of Rs 50 lakhs to the farmers who lost their lives in the incident.

4. Sahdev Dirdo – a minor tribal schoolboy become an internet and media sensation because of his song “Baspan Ka Pyar". Bollywood rapper Badshah and his team made a remix song with him. The internet sensation was also spotted singing the song with many Bollywood celebrities on various reality TV shows. Right now, Dirdo is admitted in a hospital and is battling for his life. He recently had a road accident.

5. Abhishek Singh: After the Panama paper leak case, ex-CM Raman Singh's son again hit the headlines in October when Kawardha police lodged an FIR against 90 people including him under the charges of inciting people for communal violence.