World Television Day 2021: History and evolution of television in India 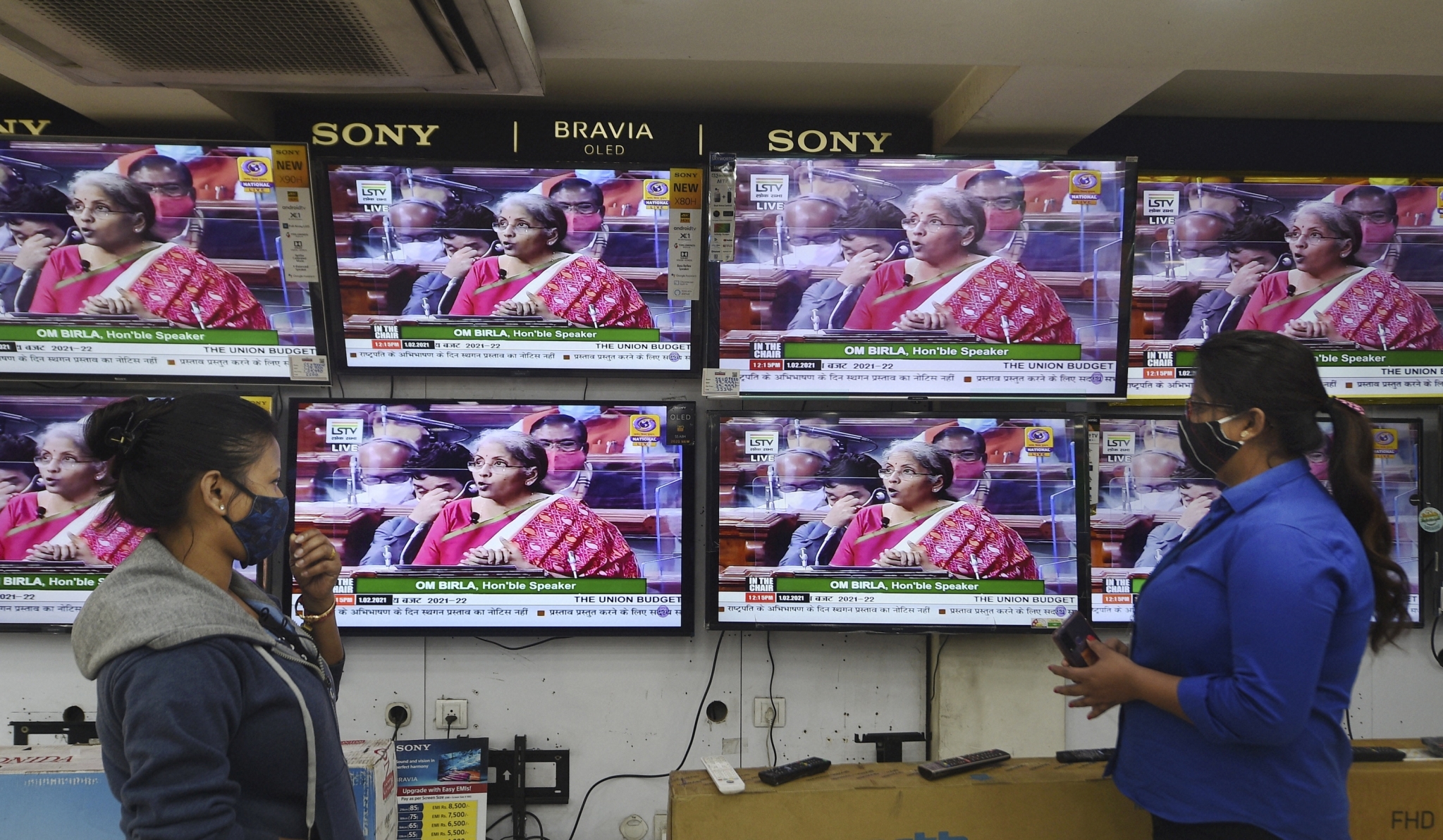 On November 21, World Television Day is celebrated all across the globe every year to mark the significance of the spectacular invention of television.

The electronic device played a huge role in throwing light on the various social and economic issues globally and ways to tackle the same. Though Farnsworth is considered to have invented the first electronic TV, it is often John Logie Baird who is praised for his demonstration of the first live television system of the world.

Today TV is no more an 'Idiot Box'; it is an excellent example of the convergence of broadcasting, communication, and computers. We can do web browsing, make video calls, and social networking.

According to the most recent figures from TV monitoring organization Broadcast Audience Research Council (BARC) India, around 210 million Indian families own a television set, a 6.9% rise from 197 million in 2018. TV watchers climbed by 6.7% to 892 million, up from 836 million in 2018. The number of females owing television sets increased by 7%, while 6% for males.

The prestigious history of Indian television has envisioned the progress, expansion and growth of audio visual media in the nation. As the world celebrates 'Television Day' let's take a look at how the electronic device has evolved over the years in India. History of television in India:

Television began in India on 15 September 1959 as an experiment. It offered two-hour programme for a week. Initially the authority was AIR (All India Radio). The early programes on these experimental broadcasts were generally educational programmes for school children and farmers. By the 1970s, television centres were opened in other parts of the country also. In 1976 Doordarshan, which was All India Radio's television arm until then became a separate department.

The scope of programmes was restricted to educational broadcasts for a limited area around New Delhi. One hundred and eighty teleclubs were set up within the range of 40 km of the transmitter. Every club was provided with a television set by UNESCO. All India Radio provided the engineering and the programme software.

Television, at this initial stage, was not considered to be a medium of entertainment but primarily an education tool. The Government of India supported the television project financially. In 1961 television programmed for teachers were started. Regular broadcasting of television programmes began in 1965. A daily one hour service started during this year.

Several community television sets were distributed as a part of one of the important landmarks in the history of Indian television, the Satellite Instructional Television Experiment (SITE) It was conducted between August 1975 and July 1976. Under this programme, the Indian government used the American satellite ATS-6 to broadcast educational programmes to Indian vil lages of six states. The telecasts happened twice a day, in the morning and evening. In 1982, Doordarshan telecasted the 9th Asian Games using INSAT LA satellite.

After 1982, television facilities rapidly expanded and during certain periods, the country got a new transmitter each day. The number of transmitters and programme production centers has increased significantly over the years. On November 19, 1984, a second channel was launched in New Delhi. Later, on April 1, 1993 the Metro entertainment channel was started.

Television used to unite the whole country in late eighties with shows like Hum Log, Buniyad, Ramayan and Mahabarat, something that only Cricket is doing off-lately.

In 1997, Prasar Bharati, a statutory autonomous body was established. Doordarshan along with AIR was converted into government corporations under Prasar Bharati. From its humble be ginning as a part of All India Radio, Doordarshan has grown into a major television broadcaster with around 30 or more channels. This includes Regional Language Satellite Channels, State Networks, International Channel and All India Channels like DD National, DD News, DD Sports, DD Gyan darshan, DD Bharati, Lok Sabha Channel and DD Urdu. UK to ban junk food ads from 5.30 am to 9pm on television

The introduction of communication channels have been a revolution step in bringing so many private channels in our country. The advent of private channels started in India on the 1900's after CNN broadcasted The Gulf War. Hong Kong based STAR (Satellite Television Asian Region) entered into an agreement with an Indian company and Zee TV was born. It became the first privately owned Hindi satellite channel of India.

As broadcasting opened to private players following the landmark 1995 Supreme Court judgement ruling that "airwaves are not the monopoly of the Indian government," private television channels like Star, Zee, Aaj-Tak, CNN, BBC, Discovery. flooded the market, targeting different segments of audiences with different genres of channels and shows.

Several regional channels also came into being during this period. With different categories of channels like 24-hour news channels, religious channels, cartoon channels and movie channels, there is something for everyone to watch. We have seen a lot of improvements and developments in the TV space. With more and more brands manufacturing TV’s, they started to become quite popular. With innovation, companies were able to fit panels on flat screens called Plasmas. Later, they started working on making the televisions thinner and bigger. Even the technology behind the display panel improved. While LCDs gained popularity in the mid-2000s, now TVs come with LED or OLED panels, which gives a way more crisp viewing experience.

There are now over 800 licensed channels — there was one in 1991 — with every genre of programming and some we didn’t know: entertainment, music, sports, news, lifestyle, spirituality, property, etc. The first 24×7 news channel began in 1998; by 2014 there were 400 and counting in more than 15 languages.

The average time spent by an individual in watching TV per day has gone up by 3 per cent to touch 3 hours 46 minutes, according to the findings. Around 77 per cent of the time spent on the television was on escapism (GEC and film channels). While 53 per cent of total content consumed was on general entertainment, another 24 per cent was on films. News viewership remained at around 7 per cent despite 43 per cent of TV channels in India being classified as news channels. The increase in viewership was led by Oriya, Assamese, Marathi, Bhojpuri and Urdu content.

Viewership soared up during Covid-19 pandemic in India:

Amid pandemic which hit India in March 2020, people were forced to stay indoors due to which TV viewing increased. According to the Broadcast Audience Rating Council (BARC), television-viewing homes in the country increased 6.9 per cent to 210 million at the end of 2020 compared to two years ago. The TV-viewing individuals also witnessed an increase of 6.7 per cent, reaching 892 million from 836 million in the same period.