Why Hardik Patel's appointment as Gujarat Congress working president is a threat to Ahmed Patel? 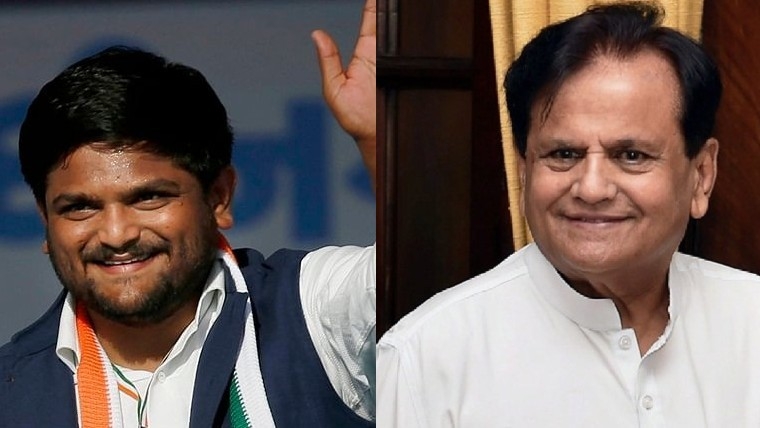 Congress on Saturday announced that Hardik Patel has been appointed as the Working President of the Gujarat Pradesh Congress Committee (GPCC).

"Congress President has approved the proposal of the appointment of Hardik Patel as the Working President of GPCC with immediate effect," All India Congress Committee (AICC) said in a release.

Soon after being appointed as the president, Hardik Patel said that he will fulfil the responsibility with "utmost sincerity". He will work to win the confidence of the people and resolve problems, especially those of unemployed youths and farmers, he said.

"My first question to the (BJP) government is what is it doing for unemployed youths and farmers," said Patel.

"The BJP government has proved inefficient during its three-decade rule, so people should join the Congress," he said.

Meanwhile, Hardik Patel's appointment as the Working President of the Gujarat Pradesh Congress Committee (GPCC) seems to be a threat to senior party leader Ahmed Patel. Both from the same state, Hardik is seen as a counter to Ahmed Patel. The senior leader is also being repeatedly interrogated by ED in connection with money laundering probe against Gujarat-based pharmaceutical company Sterling Biotech, and it is also believed that he doesn't share a good equation with Rahul Gandhi.

Senior journalist Pallavi Ghosh wrote, "Patel's appointment is a Rahul stamp on the party and the two share a good equation. It also shows that a counter is being built to Ahmed Patel with whom Rahul doesn’t share a very good working equation." With Hardik, the party has found a new Patel on whom they want to pitch their battle against the Modi-Ahah duo, she added.

Hardik Patel's appointment comes at a time when eight Assembly seats in Gujarat will have by-elections after respective Congress MLAs resigned ahead of the Rajya Sabha election recently. Five of them joined the BJP.

Patel has claimed that the Congress will win all the eight seats. "We will form the government in Gujarat in 2022," he added.