Who is Wasim Rizvi? Former chairman of UP Shia Waqf Board who converted to Hinduism

He will be associated with the Tyagi community and his new name will be Jitendra Narayan Singh Tyagi.
FPJ Web Desk 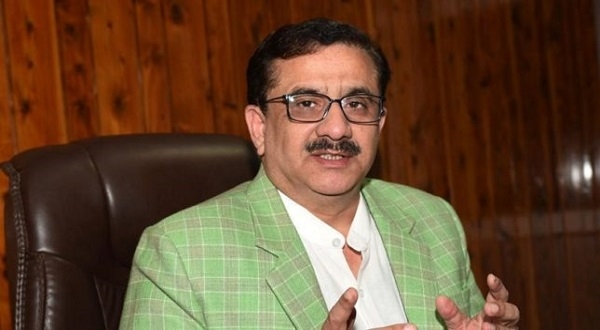 Wasim Rizvi, the former chairman of Uttar Pradesh Shia Waqf Board on Monday converted to Hinduism (also known as Sanatan Dharma). He offered milk on the Shiva Linga installed at Dasna Devi temple as part of the ritual, reports Hindustan Times.

The rituals took place at 10.30 am, in the presence of the chief priest of Dasna Devi temple Narsinghanand Saraswati, the report said. Vedic hymns were chanted as Rizvi quit Islam and embraced Hinduism after a yagna.

He will be associated with the Tyagi community and his new name will be Jitendra Narayan Singh Tyagi.

After the ceremony, Rizvi discribed the Sanatan Dharma as world’s purest religion. He added that he chose the holy day of December 6 to convert to Hinduism as on this day, the Babari mosque was demolished in 1992.

“I will work for Hinduism from today. The votes of Muslims never go to any party. They only cast their votes to defeat Hindus,” the report quoted Rizvi as saying.

Rizvi had stirred controversy after releasing a book title ‘Muhammad’ last month. Many clerics in Uttar Pradesh condemned the cover of the book that dipicted a man with a semi-naked woman. They also accused him of making objectionable remarks against Prophet Muhammad.

Many religious organisations, including the All-India Shia Personal Law Board (AISPLB), served notices on Rizvi, while a few approached the state government seeking an FIR over the issue.

Who is Wasim Rizvi?

Wasim Rizvi, the former Chairman of UP Central Shia Waqf Board, is no stranger to controversy.

According to a report from The Indian Express, Rizvi the son of a Class II railways employee, was elected a Samajwadi Party (SP) corporator from Kashmiri Mohalla ward of Old City in Lucknow in 2000. In 2008 he became a member of the Shia Waqf Board.

He was expelled from the SP for six years after a Shia cleric Kalbe Jawwad, accused him of siphoning off funds. However, he was reinstated later.

Earlier this year, Rizvi had sought to remove 26 verses from the Holy Quran. He claimed that the verses were written to promote violence and hatred against non-Muslims and pose a serious threat to the sovereignty, unity and integrity of the country.

However, the Supreme court rejected his petition and imposed a fine of Rs 50,000 on him.

Muslim clerics all over the country had condemned the petition and a few FIRs were lodged against Rizvi.

Prior to that, Rizvi had asked the All-India Shia Personal Law Board to surrender nine mosques which were constructed on sites of Hindu temples back to Hindus. These included the sites in Kashi and Mathura.

In November 2020, two cases were registered by the Central Bureau of Investigation (CBI) against Rizvi and others for alleged irregularities in the sale and transfer of waqf properties in Uttar Pradesh. Rizvi, however denied any wrongdoing and alleged a “conspiracy” behind the cases.

In 2019, Rizvi had written to Prime Minister Narendra Modi, requesting him to shut down primary madrasas, which according to him are turning Muslims into radicals.

Similarly in 2018, Rizvi had written to Uttar Pradesh CM Yogi Adityanath and PM Modi stating that “they(madrasas) had become a business venture for mullahs and generated terrorists instead of ensuring jobs for Muslims”.

Rizwi was also once quoted as saying that “giving birth to children like animals” is harmful for the country.