Who is A. G. Perarivalan? The convict in Rajiv Gandhi assassination who was released by SC today

The Supreme Court ordered release of AG Perarivalan- one of the seven convicts — serving a life imprisonment term for the assassination of former Prime Minister Rajiv Gandhi.

A G Perarivalan, alias Arivu, is the son of Tamil poet Kuyildasan.

Nineteen years old at the time of the assassination, Perarivalan was accused of buying the two 9-volt batteries for Sivarasan, the Liberation Tigers of Tamil Eelam (LTTE) man who masterminded the assassination. The batteries were used in the bomb to assassinate Rajiv Gandhi.

AG Perarivalan was arrested on 11 June 1991 and was convicted of procuring a 9-volt battery for the explosive device. V Sriharan alias Murugan, his wife Nalini, AG Perarivalan, Santhan, Jayakumar, P Ravichandran, and Robert Payas were the seven individuals convicted for Rajiv Gandhi’s killing.

According to reports, Perarivalan had taken Sivarasan to a motor shop days before the assassination and bought a motorcycle in his name, but provided a wrong address.

Perarivalan has spent a long time in jail, in Vellore and Puzhal Central prisons in Tamil Nadu — for over three decades.

Perarivalan was sentenced to death by a TADA court in 1998. The next year, the Supreme Court upheld the sentence but commuted it to life imprisonment in 2014. In March this year, the top court had granted him bail.

In 2014, his sentence was commuted to life imprisonment by the Supreme Court.

The Indian Express reported that Perarivalan used his time in prison to complete undergraduate and postgraduate degrees from Indira Gandhi National Open University, as well as to procure more than eight diploma and certificate courses. 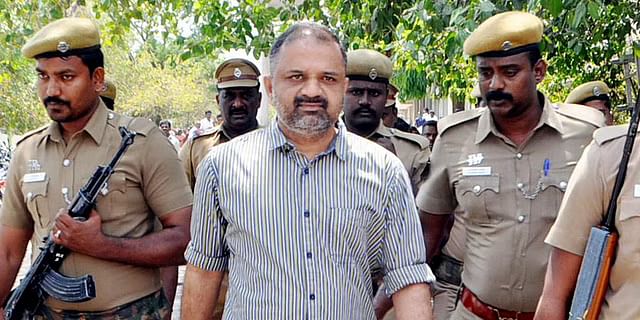 HomeIndiaWho is A. G. Perarivalan? The convict in Rajiv Gandhi assassination who was released by SC today