RGV announced that he will be making a film on Arnab Goswami, in which he 'will take the clothes off his facade.'
FPJ Web Desk 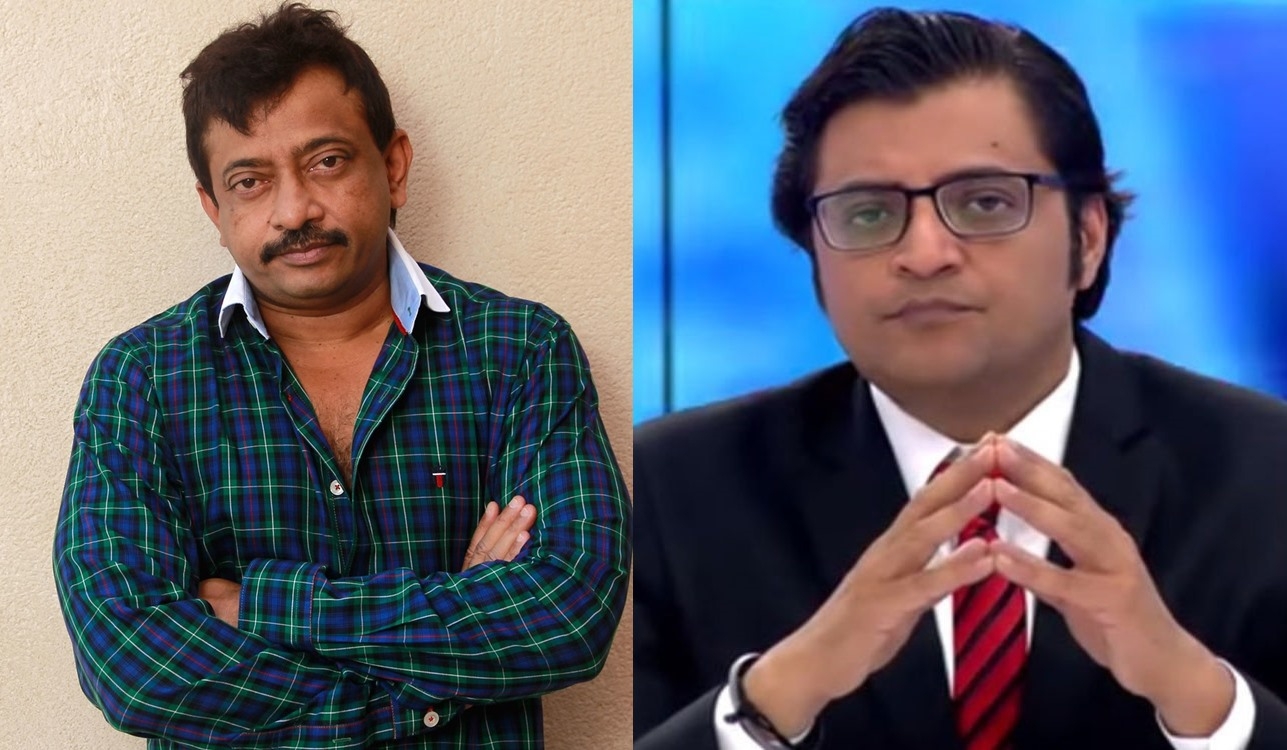 Republic TV editor Arnab Goswami has waded into the controversy around Bollywood actor Sushant Singh Rajput’s death. From his explosive interview with actress Kangana Ranaut to holding panel discussions on ‘Bollywood Lobbying’, Goswami left no stone unturned to slam the industry during his prime time show.

While most of the fraternity decided to not comment on the journalist’s take on the entertainment industry, filmmaker Ram Gopal Verma unleashed a Twitter rant calling Goswami a ‘News Prostitute’.

He tweeted, "Was shocked to see #ArnabGoswami talking about Bollywood in such a horrible way ..He calls it the dirtiest industry ever with criminal connections, it’s full of Rapists, gangsters, sexual exploiters and what not?"

Speaking about the news anchor's comments about the tragic and untimely deaths in Bollywood, he wrote, "It beats me in what dumb way #ArnabGoswami can combine the deaths of Divya Bharthi,Jiah khan, Sridevi and Sushant into one case and claim that the murderer is Bollywood..incidentally the 4 deaths happened over a span of nearly 25 years."

RGV also announced that he will be making a film on Arnab Goswami, in which he 'will take the clothes off his facade.'

However, Twitter is a treasure chest with tweets from the past that do not age well for hypocrites.

Old tweets of RGV from back in 2015 reveal, how the filmmaker praised Goswami for bring out the “truths” of the censor board, which was then headed by the “sanskari” chairman Pahlaj Nihalani.

Verma in one of his tweets said, “I want to kiss and make love to Arnab Goswami for f****** the censor board and Pahlaj Nihalani.” 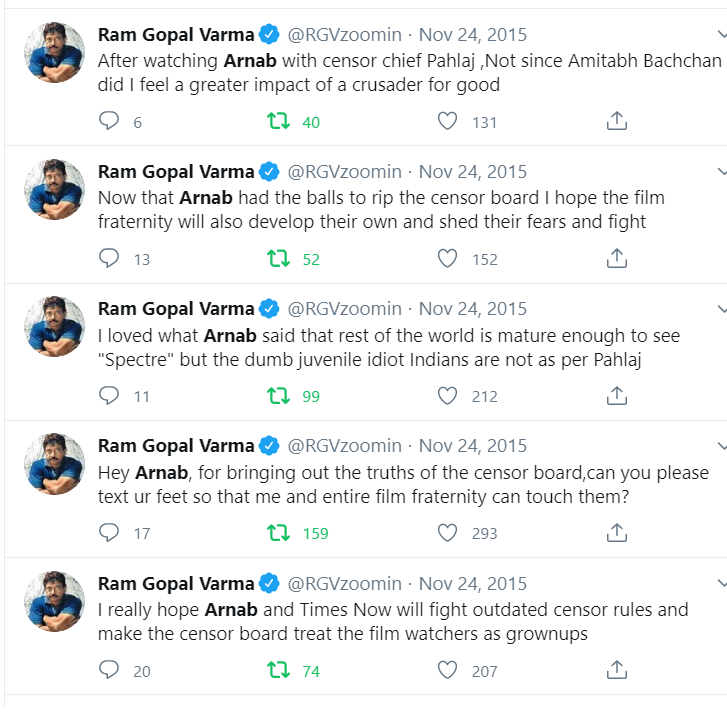 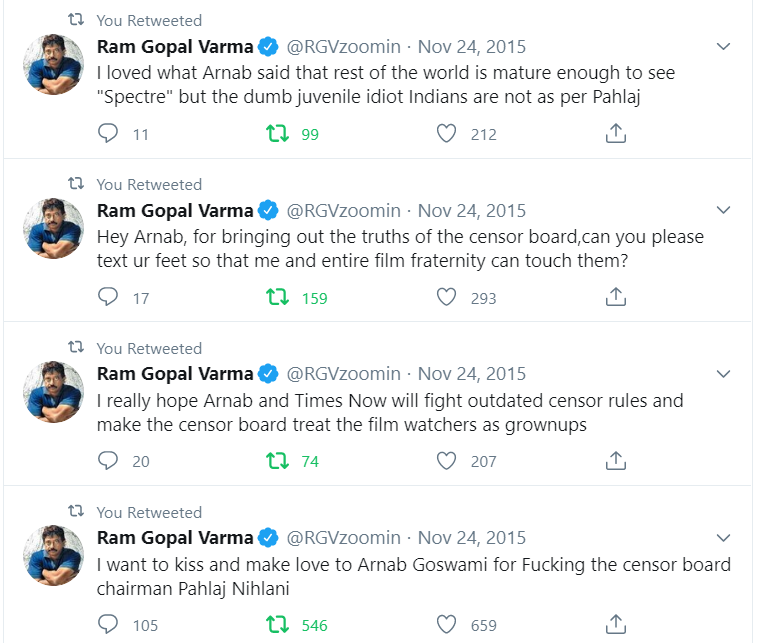 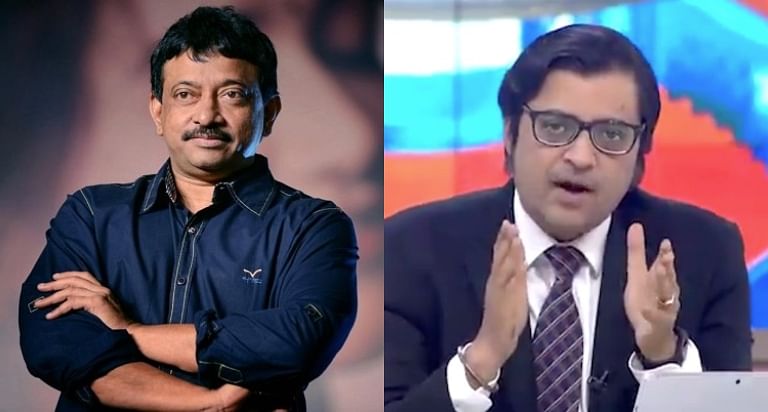 Ram Gopal Varma to make a film on journalist Arnab Goswami, 'take clothes off his facade'