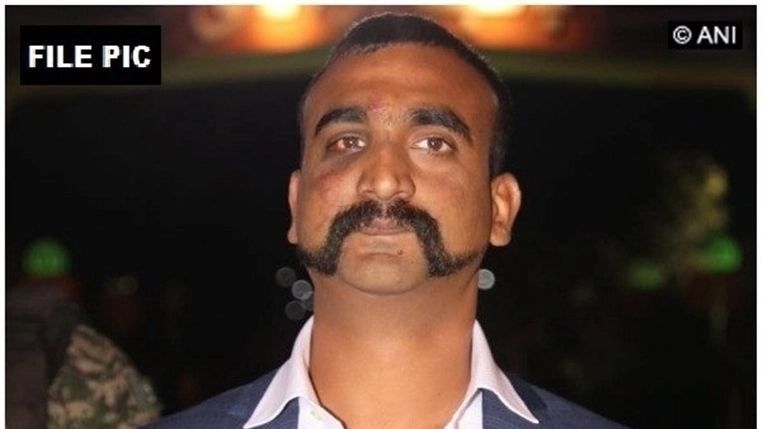 Abhinandan shot down a Pakistani F-16 fighter aircraft during aerial combat on February 27 a day after the Balakot airstrike. In the process, he flew over Pakistan occupied Kashmir and his MiG-21 was hit and he had to eject over the territory controlled by the enemy.

Here's what had happened:

The Pulwama attack took place on 14 February 2019, when a convoy of vehicles carrying Indian security personnel on the Jammu–Srinagar National Highway was attacked by a vehicle-borne suicide bomber at Lethapora in the Pulwama district of Jammu and Kashmir.

The attacks claimed the lives of over 40 CRPF jawans. Pakistan-based Jaish-e-Mohammed (JeM) claimed responsibility of the attacks and as a result, tension between India and Pakistan increased.

In retaliation, India on 26th February 2019, launched a pre-dawn airstrike on a JeM terror camp in Pakistan's Balakot situated in Khyber Pakhtunkhwa.

A day later, 24 Pakistan Air Force jets entered the Indian airspace near the Line of Control (LoC) and dropped bombs in Indian territory.

The then Wing Commander Abhinandan Varthaman, was captured on February 27 after his aircraft MiG-21 Bison was hit by Pakistan’s fire across the Line of Control (LoC).

Soon after that, Pakistan released a video of the Pakistan Army offering tea to Abhinandan in an attempt to portray their courtesy towards him. However, it was clear from the injuries on his face that the treatment off the camera was quite different from what was being shown.

Two days after his capture, Prime Minister of Pakistan Imran Khan announced that they would release Abhinandan as a "peace gesture".

At the time of his release, Abhinandan walked towards the Indian side of the Wagah-Attari border with his head held high and a smile on his face.

He was accompanied by rangers of Pakistan and the Indian air attache posted with the High Commission in Islamabad — who had gone to Lahore with travel documents.

Abhinandan, now a group captain, is credited to have been the only Mig-21 pilot ever to have shot down an F-16.

Soon after his return, Abhinandan resumed duty. He is currently posted with the Air Force’s Frontline Unit in Rajasthan.