Adhikari claims that Lok Sabha and Assembly elections will take place together in Bengal in 2024.

Kolkata: Leader of Opposition (LoP) Suvendu Adhikari on Tuesday said that the Trinamool Congress government will lose power by December this year.

At a time when Bihar Chief Minister Nitish Kumar has broken alliance with the BJP, Adhikari claimed that Lok Sabha and Assembly elections will take place together in Bengal in 2024.

“Just wait and see what happens as the present government of Bengal will lose power by December this year,” said the Leader of Opposition.

TMC Rajya Sabha MP Sukhendu Sekhar Ray said that the BJP is far away from the public mandate.

TMC minister Chandrima Bhattacharya said that if Adhikari is an ‘astrologer’ then he should have predicted the present scenario of Bihar.

“The BJP should now concentrate on Bihar. If the Leader of Opposition is acting like an astrologer he should have predicted the present scenario of Bihar,” said Chandrima.

Meanwhile, in a high-level meeting of the BJP at the national capital on August 11, state president Sukanta Majumdar, national vice president Dilip Ghosh, LoP Suvendu Adhikari, and other leaders will be visiting New Delhi on Thursday. 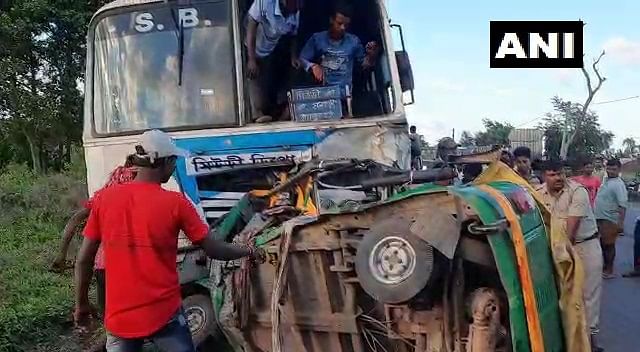 Gyanvapi case: Verdict on carbon dating of ‘shivling’ delayed, next hearing on October 11