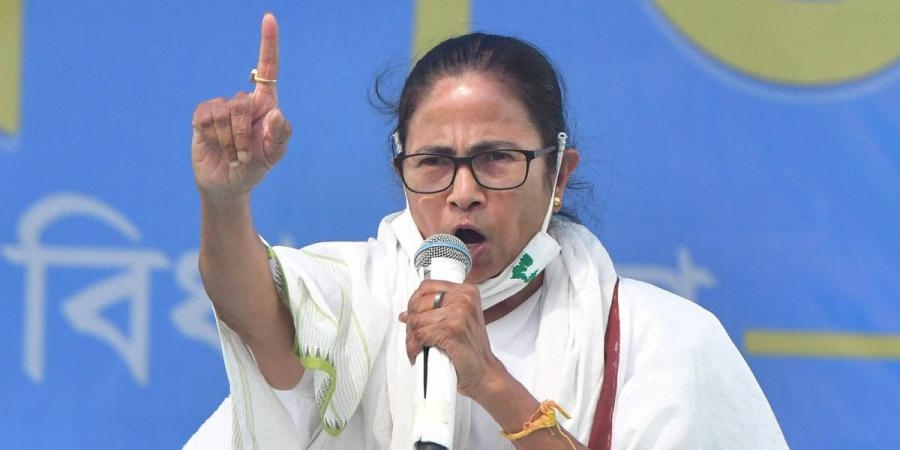 Celebration started since morning after the TMC Supremo was leading against BJP candidate Priyanka Tibrewal and CPI(M)’s Srijeeb Biswas.

Notably, in 2011 bypoll Mamata had won by 54213 votes. Making the chant ‘Unayan Ghore Ghore, Ghorer Meye Bhabanipure’ (Development at doorstep, and the daughter of Bengal in Bhabanipur) Mamata Banerjee broke her own record. In the Assembly polls, TMCs Shibandeb Chattopadhyay won by 28000 votes against BJPs Rudranil Ghosh.

Amidst chants of ‘Joy Bangla’ Chief Minister Mamata Banerjee said that people of Bhabanipur stood against the BJP’s alleged conspiracy in Nandigram.

“Several conspiracies were hatched against me in Nandigram by the BJP. Since the matter is subjudice won’t speak much about it but the people of Bhabanipur rose against the BJP and voted for democracy,” said Mamata thanking the voters of Bhabanipur.

Announcing candidates' names for three out of four constituencies awaiting bypoll on October 30, Chief Minister Mamata Banerjee urged everyone to vote for TMC against the ‘evil’ BJP.

“In Shantipur Brajkishor Goswami , in Khardha Shobandeb Chattopadhyay, in Dinhata Udayan Guha will be contesting. Gosaba seat is yet to be finalised. People should vote for BJP in order to restrict the BJP,” claimed Mamata.

West Bengal Transport Minister Firhad Hakim claimed after Bhabanipur now people of India will vote for Mamata Banerjee to see her in the national capital.

“People of Bhabanipur and Bengal have proven their love for didi. With the developmental work done by didi now the entire India will vote for Mamata Banerjee to see her in the national capital,” claimed Firhad.

However, BJP candidate Priyanka Tibrewal said that poll rigging in Bhabanipur had led to this result.

“I have myself caught several false voters. The TMC Supremo should take note of it. I am ‘Man of the Match’ in this game because I contested the election against Mamata Banerjee at her stronghold and got more than 25,000 votes. I will continue doing the hard work,” said Priyanka.

Mumbai: Man tries to stop youth from urinating close by; stabbed to death