Kolkata: Political slugfest remained unabated from the beginning of the 10-day Navratri festival as BJP national vice president Dilip Ghosh took a dig at Chief Minister Mamata Banerjee claiming that just because she is giving doles to puja committees she is inaugurating Durga Puja at ‘Pitrupaksh’.

“Mamata is destroying the sanctity of Durga Puja by inaugurating the pujas in Pitru Paksha. Just because she is giving huge doles to the puja committees she is doing whatever she wants. She had decided from before that she would only inaugurate the pujas even if it is virtual,” alleged Ghosh.

“When Mamata Banerjee didn’t form the government even then she used to get several invitations to inaugurate several pujas. Doles were not given then. Moreover, Mamata inaugurated pujas but didn’t do Bodhan (ritual to establish life in the idol),” countered the TMC spokesperson.

According to the saffron camp, Mitra had hurt the sentiments of the Hindus as per Hindu beliefs names of alive persons cannot be taken in this ritual but Mitra has taken names of Ghosh and Adhikari who are alive.

However, Mitra said that post Panchayat election scheduled next year BJP will be ‘wiped off’ from the state.

“Madan Mitra does all this in front of the media just to get mileage. The media should also be alert before promoting such a thing,” said Bandhopadhyay.

It may be noted that Mitra on Sunday after doing tarpan had garlanded pictures of Ghosh and Adhikari. 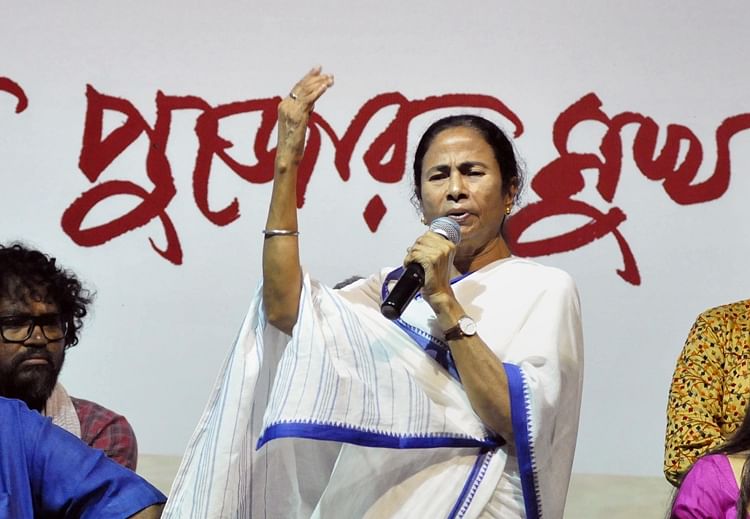