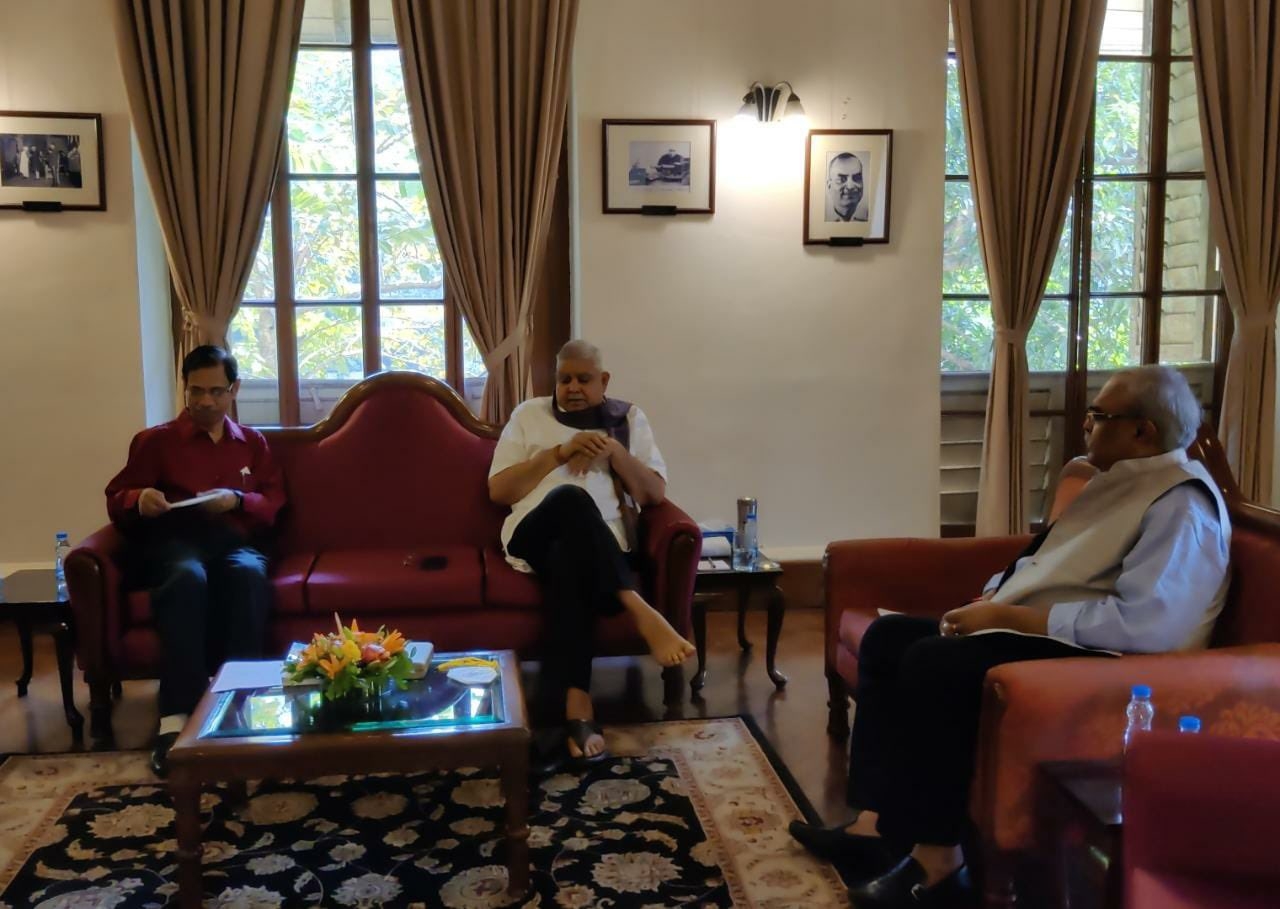 According to Governor House sources, the Governor had inquired about the poll preparedness from the SEC and also asked him to inform the Governor the necessity of deployment of central force during the election by December 4.

Notably, the BJP on Friday had moved the Supreme Court demanding deployment of central forces during the polls.

“The Governor asked the SEC to inform him with justification about the necessity of deploying central forces during polls and also requested him to abide by the constitution and not any political party,” said the sources.

The sources also added that the Governor had also inquired about the rest of the civic polls as all the civic bodies board had expired.

Soon after meeting the SEC, Dhankhar took to Twitter and said, “Shri Saurav Das State Election Commissioner @MamataOfficial called on Governor Shri Jagdeep Dhankhar at Raj Bhavan, Kolkata today and updated him on issues #KMC elections preparedness. Governor indicated to the SEC that constitutional provisions have an overriding effect and be followed.”

In yet another Tweet, Dhankhar mentioned, “SEC @MamataOfficial indicated to Governor Shri Jagdeep Dhankhar that as regards deployment #CAPF he would revert by December 04 and assured that all steps for fair,impartial and free elections will be diligently taken.”

It is pertinent to mention that soon after the date of KMC elections was announced, the saffron camp cried foul against the ruling Trinamool Congress stating that to ‘gain political mileage’ the state government had planned to hold KMC polls separately.

Meanwhile, according to Trinamool Congress sources, all the TMC candidates along with the heavyweight TMC leaders will hold a closed-door meeting on Saturday at Maharashtra Bhawan in South Kolkata to chalk out the strategy for the polls.