West Bengal: Dilip Ghosh asks Tathagata Roy to leave BJP if he was upset with its style of functioning 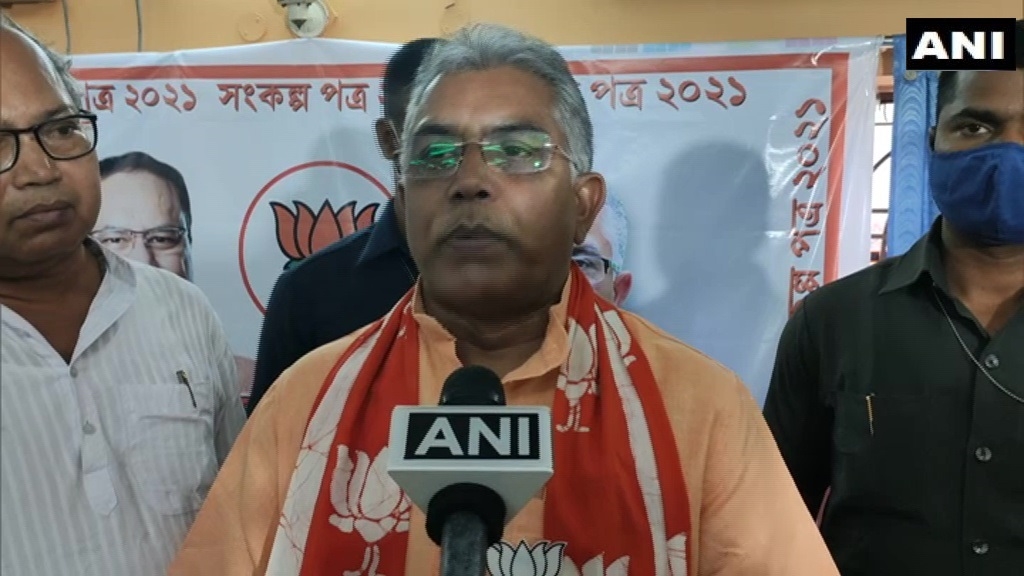 Kolkata: BJP national vice-president Dilip Ghosh on Saturday hit out at veteran colleague and former Meghalaya governor Tathagata Roy over his recent criticism of the organisation's style of functioning, and sought to know why he wasn't leaving the party if he was so upset.

Roy had been critical of the decisions taken by former West Bengal minder Kailash Vijayvargiya, Ghosh, who was earlier the party's state president, and senior leaders Arvind Menon and Shiv Prakash, blaming them in a series of tweets for the saffron camp's poor show in the March-April assembly polls.

He also claimed that there was "no chance" of Vijayvargiya returning to the state to oversee the operations of the Bengal BJP unit.

Asked to comment on Roy's frequent jibe at him, Menon and Vijayvargiya, the former BJP state president told reporters, without taking any name, "If you are so upset and ashamed of all that is happening within the party, why don't you just leave?" The Midnapore MP, who was on his way to Delhi to attend the BJP central working committee meeting, further stated, "You (Tathagata) did nothing for the party in the recent times. But the party did everything for people like you." Roy, when contacted, maintained that he would not want to attach much importance to what Ghosh said.

BJP state president Sukanta Majumder, however, steered clear of the controversy andunderlined that it was the "prerogative of the central leadership" to take a call on the comment made by Tathagata Roy.

Roy had told reporters last month that he was "ashamed of some top-level leaders like Vijayvargiya as, ahead of the Bengal assembly polls, they were swayed by the glamour factor while inducting people into the BJP and did not take experience and chances of winning into consideration".