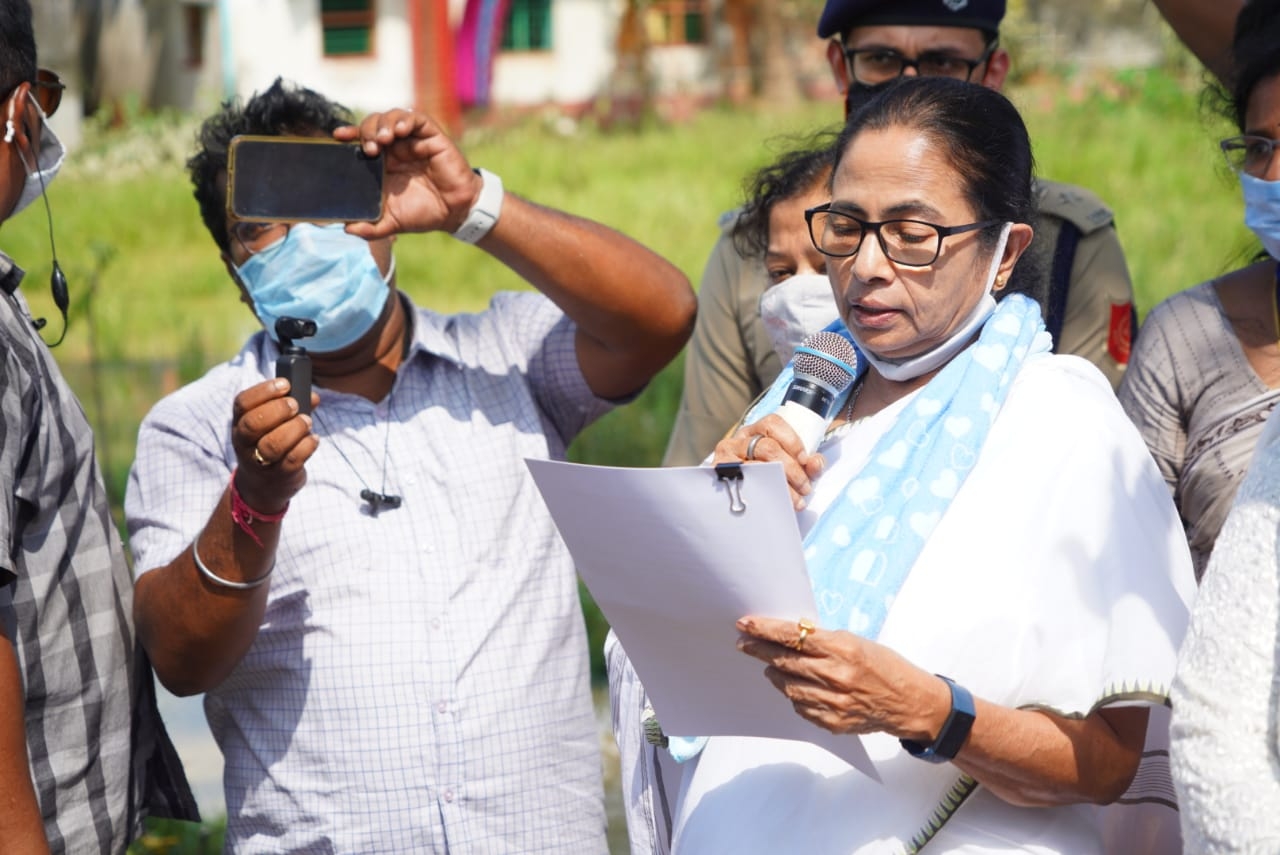 After making an aerial survey at the flood affected areas the Chief Minister held a review meeting with the administration and then addressing a press conference, the Chief Minister slammed the BJP led Central government for not providing any financial support to West Bengal.

“The Home Minister sends central forces for polls and agencies to malign TMC leaders but after four cyclones- Phani, Bulbul, Amphan and Yash, the Central government did not release any financial support to Bengal. They should release money immediately as lives of several people are at stake,” said Mamata.

Taking further potshots at the Central government, Mamata said that due to global warming excessive thundering activities are taking place and alleged that the Central Government is not taking any measures.

“Not just in Bengal but excessive rainfall is happening across the country but no action is being taken by the Central government. I have asked the Chief Secretary to write to the Central agricultural secretary as agriculture is badly affected,” mentioned the TMC Supremo, adding that Bengal being a river based state for which it stands in Numero Uno position in Agriculture.

The Chief Minister also claimed that the TMC government had dug 3.5 lakh canals and made 50 check dams to collect water but despite that the floods have affected Bankura, Purulia, Midnapur, parts of Howrah and Hooghly.

Mamata also asked the Jharkhand government to repair their dams so that West Bengal doesn’t get affected if it rains in Jharkhand.

Slamming the Chief Minister, Leader of Opposition Suvendu said that the flood happened after the dams broke and not because of the water released by DVC.

“Mamata is responsible for flood as she didn’t pay heed to the pre monsoons works in the state and was busy with Bhabanipur bypoll. The dams were in such poor condition that it broke creating floods in the state. DVC released water but that didn’t inundate the state,” claimed Suvendu