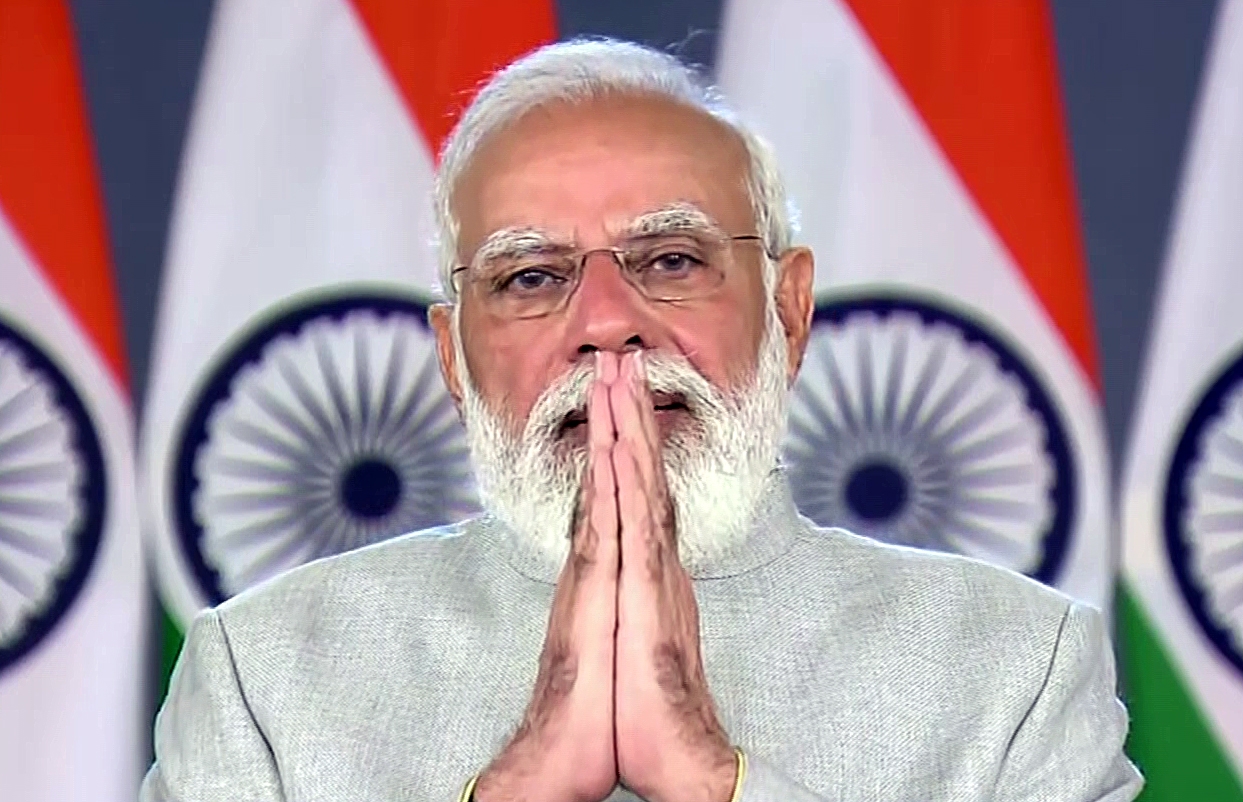 Kolkata: BJP MPs who met Prime Minister Narendra Modi urged him to visit West Bengal during the Azadi Ka Amrit Mahotsav to commemorate 75 years of Independence. Bengal BJP leaders have requested him to showcase the projects and programmes taken up during celebration of Netaji Subhas Chandra Bose’s 125th birth anniversary.

According to state BJP chief Sukanta Majumdar, the BJP MPs had requested the Prime Minister to expedite the process of implementation of CAA.

“People who came to India after being subject to religious persecution in neighbouring Bangladesh, need citizenship of the country,” said Sukanta.

Sukanata also mentioned that the saffron camp MPs had also informed Modi about the violence in West Bengal and malpractices allegedly done by the ruling party regarding recruitment in SSC and also demanded CBI inquiry for it.

Notably, earlier last month Calcutta High Court ordered a CBI inquiry into the alleged irregularities in the appointment of Group D staff in government schools. The state government moved the division bench of the High Court against the order.

“There is a need for a CBI inquiry into the allegation of corruption in the appointment of SSC. On the other hand violence in the state remained unabated and also there was a blast in South 24 parganas. We have informed the PM about everything,” said Majumdar.

Slamming the saffron camp, TMC spokesperson and state general secretary Kunal Ghosh said that the CBI should first arrest Leader of Opposition Suvendu Adhikari as his name is in the chargesheet of both Saradha ponzi scam and Narada bribery case.

BJP national vice president Dilip Ghosh said that they have requested Modi to unveil the booklet on Netaji Subhas Chandra Bose when he visits Kolkata.

According to TMC MP Kalyan Bandhopadhyay, the BJP cannot do anything apart from complaining to the Prime Minister.