Kolkata: Violent incidents continued unabated as West Bengal voted in the final phase of Assembly elections. From bombs and bricks being hurled to clashes between the TMC and BJP, the polls appear poised to end on a violent note even in North Kolkata.

In Jorasanko area bombs were hurled near Mahajati Sadan and Rabindra Sarani and several bombs were found at Bidhan Sarani area. BJP candidate of Jorasanko area Meena Devi Purohit claimed that bricks were hurled at her car by alleged TMC goons while she was visiting the booths. On the other side Maniktala area of North Kolkata turned into a battlefield as cadres of both BJP and TMC clashed in front of the central forces.

BJP candidate Kalyan Choubey said that he needs more security as TMC cadres had allegedly threatened him. “In front of the police, the TMC people are saying that they will size me up after May 2. My life is at stake and I need more security,” claimed the former footballer.

TMC candidate of Maniktala Sadhan Pandey said that this time the BJP has fielded the worst candidate.

The situation was the same in Beliaghata as bricks were hurled during the clash of BJP and TMC in presence of state police.

Meanwhile, BJP candidate of Entally area of Central Kolkata Priyanka Tibrewal claimed that police is following her movement and informing the TMC candidate. Following her complaint to the Election Commission the police force leaves her convoy.

Apart from the metropolitan, incidents of violence were also reported from Nanoor area of Birbhum where bombing and TMC-BJP clash were seen. According to several local people, the TMC cadres have looted the voter ID cards of the people so that they cannot go out for vote. The common people demanded re-poll as they were not allowed to vote.

At Illambazar area in Birbhum district BJP candidate Anirban Ganguly claimed that the ‘free and fair’ election was disrupted by the TMC candidate and his supporters.

“The TMC candidate and his supporters are also not maintaining COVID protocols and are intimidating voters. I have asked the central force to disperse the crowd. The state police is acting as TMC cadres as in front of them BJP supporters are being beaten up,” stated Anirban.

In Cooch Behar’s Sitalkuchi where re-poll is being held TMC cried foul as BJP cadres allegedly entered within 100 meters of the polling booth with party flags. 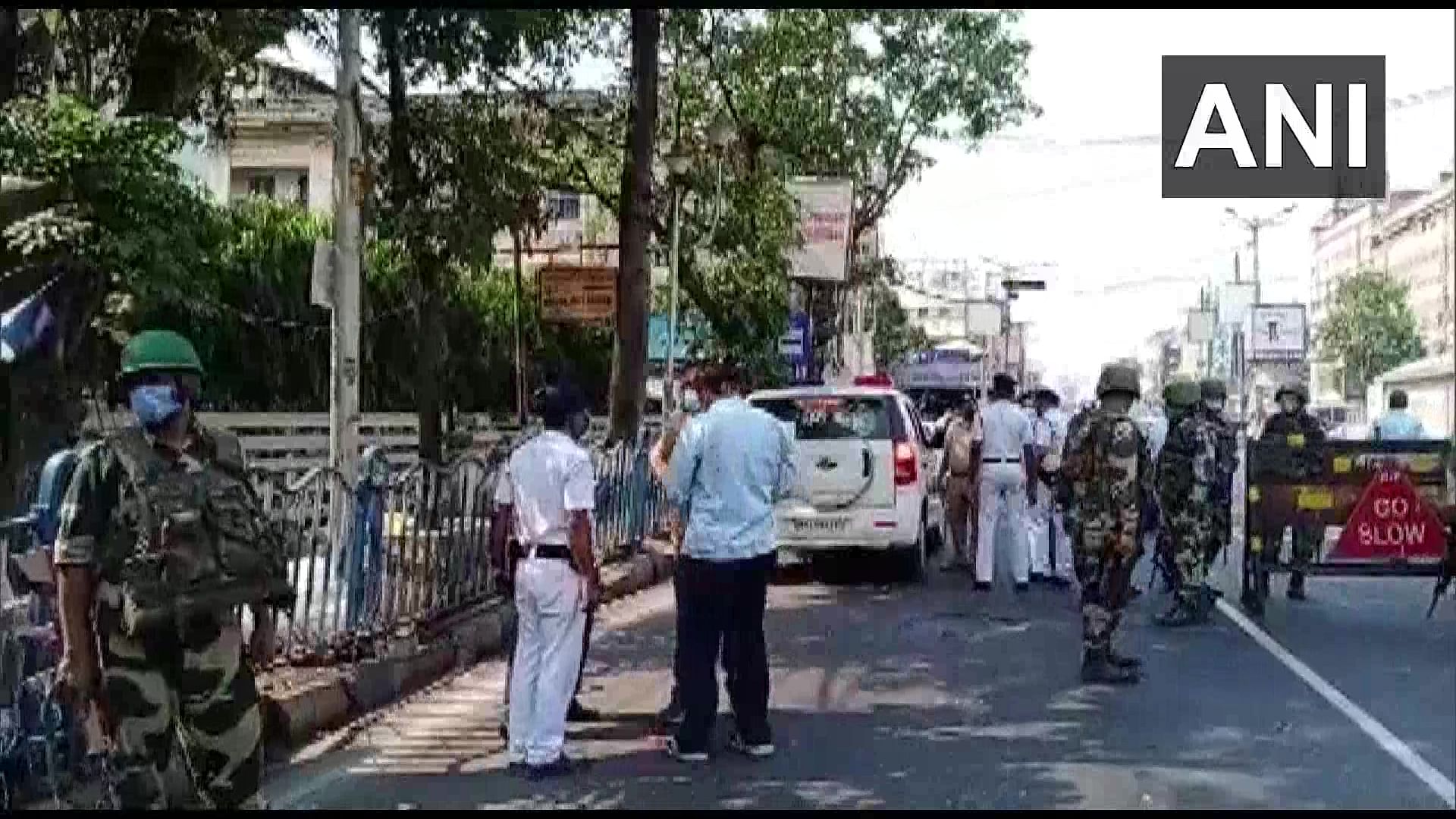