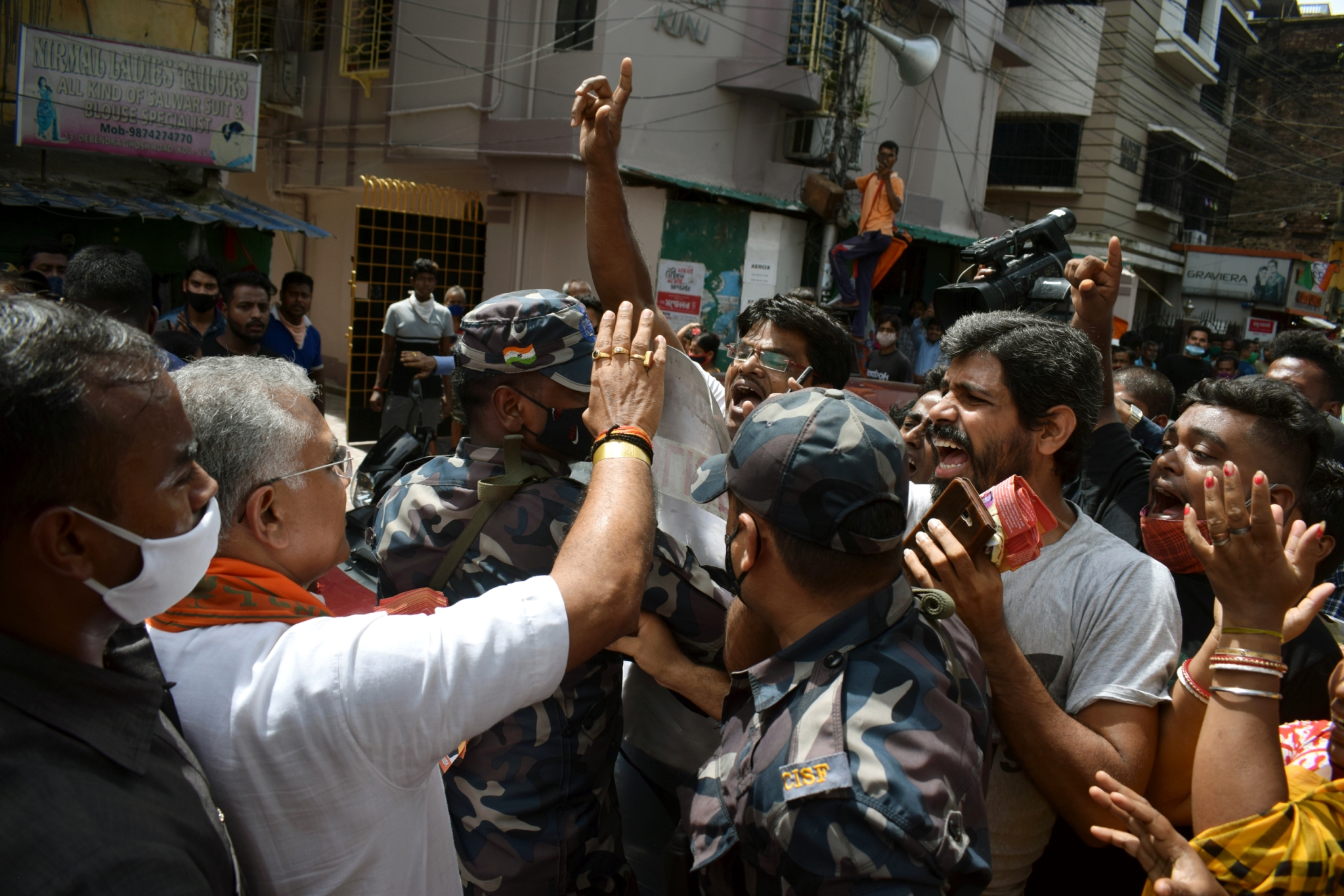 West Bengal, Sep 27 (ANI): BJP National vice president Dilip Ghosh during an election campaign in favour of BJP candidate for Bhabanipur Priyanka Tibrewal as TMC and BJP supporters clash with each other, in Kolkata on Monday. | (ANI Photo)

Kolkata: A day after violence in Bhabanipur constituency where BJP national vice president Dilip Ghosh was heckled, Kolkata Police on Tuesday made a suo-moto case and arrested eight people who later got bail.

According to police sources, the police in their complaint had also mentioned that the rally of BJP national vice president Dilip Ghosh was done without taking police permission.

“We didn’t know about the BJP's rally. The complaint also mentions that suddenly the security personnel of Ghosh took out their firearms. By talking to local eyewitnesses we had arrested eight people but were later released on bail,” said the police sources.

West Bengal BJP spokesperson Shamik Bhattacharya said that the arrests were an eyewash.

“Had this attack been on the TMC leaders then the police would have been more active. The arrest was just an eyewash,” claimed Shamik.

It can be recalled that Jadu Babu Market area under the Bhabanipur constituency turned into a battlefield after TMC supporters tried to mob Ghosh during his campaign for the bypoll on September 30.

Following the attack on Ghosh, the BJP delegation had complained to the Election Commission and demanded more central forces both inside and outside the polling booths and installation of CCTV cameras in every booth.

The leaders of the saffron camp cried foul that the TMC is purposely creating tension to intimidate the voters.

Meanwhile, on Tuesday, a BJP delegation comprising Bhupender Yadav, M.A. Naqvi, Anurag Thakur and Om Pathak met the Election Commissioner demanding at least 40 companies of central forces at Bhabanipur and micro observers at every booth to avoid violence at the high octane constituency.

According to Election Commission sources, it has been learnt that CrPc 144 has been imposed in Bhabanipur and webcasting will be held from every polling booth.