New Delhi: Vice-Chancellor of Jawaharlal Nehru University Prof Santishree Dhulipudi Pandit on Wednesday said there is a misconception about JNU among the people.

"I want to correct the public perception that we are tukde-tukde....after I've taken over I've not seen anybody talking like that. We are as nationalistic as anybody else," the VC said to news agency ANI after the university witnessed a violent clash between two groups.

She added, "The issue erupted on whether 'Ram Navami Havan' should be conducted and regarding the food menu. These are the versions of the two groups. The proctorial inquiry was ordered and we're waiting for reports, it'll be an impartial inquiry."

Meanwhile earlier, the Jawaharlal Nehru University Teachers' Association (JNUTA) said it is unfortunate that the university's registrar has given a communal colour to the April 10 clash on the campus.

They also urged the vice-chancellor to announce a thorough and impartial inquiry into the clash that broke out in the Kaveri Hostel mess, allegedly over the serving non-vegetarian food.

On Sunday, ABVP and the Left union accused each other of stoking violence on the campus over cooking of chicken. Videos and photos of assault were shared on social media.

The Left group claimed that ABVP assaulted the Left members over the cooking of chicken on Ram Navami. The ABVP claimed the Left students attacked their Ram Navami prayer ceremony. 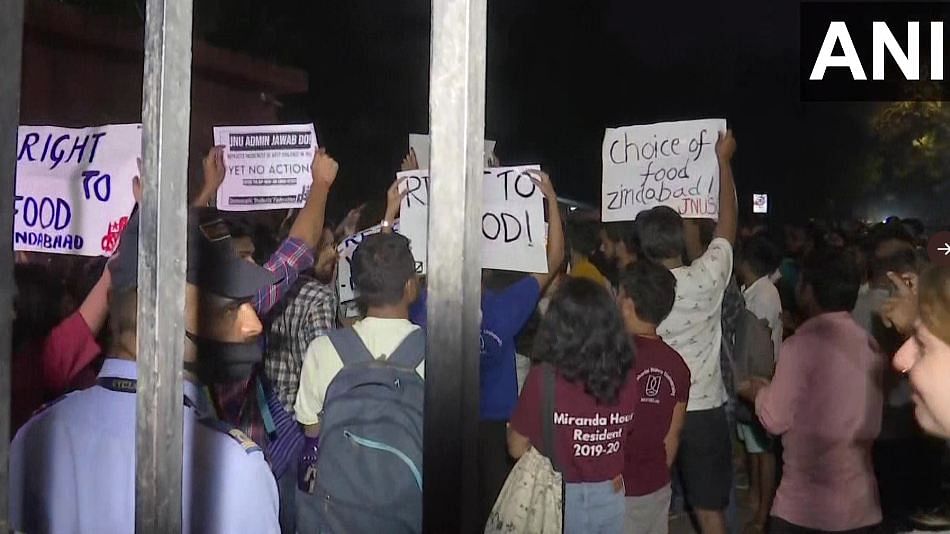