As the defence forces showcased their strength during the Republic Day celebrations, the Indian Air Force(IAF) tableau displayed the theme "Indian Air Force Transforming for the future".'' The theme of this year's IAF tableau was Indian Air Force, transforming for the future. Following the march past in 12 rows and 8 columns, the tableau came on Rajpath showing scaled down models of Rafale fighter jet, indigenously developed light combat helicopter (LCH) and 3D surveillance radar Aslesha MK-1. It also featured a scaled-down model of MiG-21 aircraft that played a major role in the 1971 war.

Who is lt Shivani Singh?

Shivangi Singh joined the Indian Air Force in 2017 and was commissioned in the IAF's second batch of women fighter pilots.

Flg Lt Shivangi Singh is part of the IAF's Golden Arrows squadron based in Ambala in Punjab state.

The first batch of Rafale fighter jets arrived on July 29, 2020, nearly four years after India signed an inter-governmental agreement with France to procure 36 aircraft at a cost of Rs. 59,000 crore. So far, 32 Rafale jets have been delivered to the IAF and four are expected by April this year.

Read Also
Republic Day 2022: From The man who designed the Tricolour to Unsung hero of Pasighat... saluting... 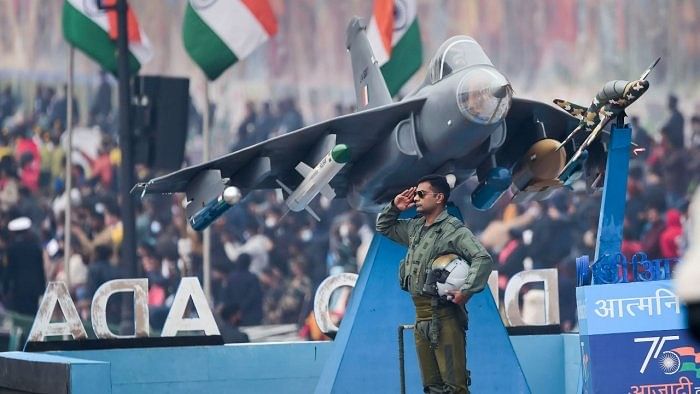