HomeIndiaRepublic Day 2022: From The man who designed the Tricolour to Unsung hero of Pasighat... saluting the heroes who made India great

Republic Day 2022: From The man who designed the Tricolour to Unsung hero of Pasighat... saluting the heroes who made India great

Azadi Ka Amrit Mahotsav is an initiative of the Government of India to celebrate and commemorate 75 years of progressive India and the glorious history of its people, culture and achievements. As India celebrates the Republic Day today, we salute some of the heroes and India’s achievements which have earned the nation a place of pride in the world. 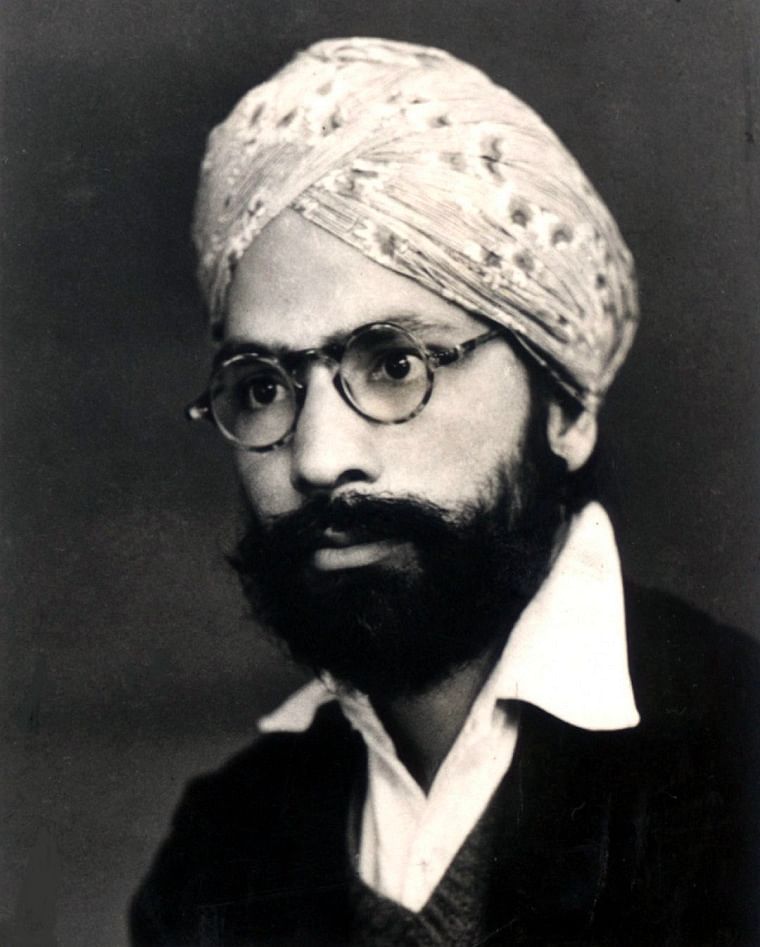 We remember the freedom fighter, Makhan Singh, who helped overthrow the British empire by joining nationalist movements in two countries, India, the land of his birth, and Kenya, his adopted homeland. He was born on 27th December 1913 in Gujranwala District of erstwhile Punjab. At the age of 13, he moved with his family to Nairobi, Kenya. Makhan Singh transcended the boundaries and made a common cause with the African population of Kenya to take on the British.

Kenya was also a center of the Ghadar Party and Makhan Singh, Gopal Singh Chandan and Wasdev Singh were its chief organisers. In December 1939, Makhan Singh left for India to “study working-class conditions and functioning of the Trade Unionism in Bombay and Ahmedabad.” In India, he addressed gatherings in Bombay and attended the Ramgarh session of the Indian National Congress as an African delegate.

Singh was arrested by the British, and moved from one prison to another for the next two years, without being charged. On his release, Singh’s movement was restricted to his native village in Gujranwala for two and a half years. Finally, in January 1945, he was set free, after which he started working with the newspaper Jang-i-Azadi. As India was going to achieve independence on 15 August 1947, Singh left for Kenya. Singh organised the Kenya Youth Conference and became active as the general secretary of the East African Trade Union Congress. Singh was detained by the colonial government in 1950. He remained behind the bars during the famous Mau Mau Uprising of Kenya. He remained in prison for 12 years till 1961. Kenya attained independence in 1963, and Singh was granted permanent residency in the country. Makhan Singh remained committed to challenging the politics of indifference and segregation till the very end and had secured his place among great leaders like Mahatma Gandhi, and Nelson Mandela, through his transnational struggle. (Courtesy Ministry of I&B)

A strong zeal to fight for the have-nots 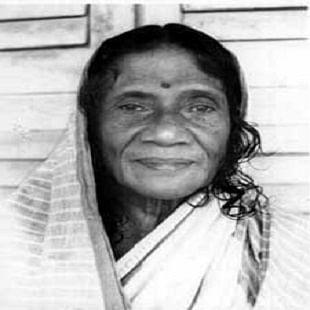 Malati Devi Choudhury (née Sen) was an Indian civil rights and freedom activist. She was deeply influenced by both Tagore and Mahatma Gandhi. It was the former from who she learnt and acquired the principles of education, development, art and culture, which had been the guiding principles in her life; and it was the latter at whose insistence that she plunged herself into the freedom struggle.

While studying at Shantiniketan, she met her future husband, and they both relocated to present-day Odisha. The Salt Satyagraha started soon after, and Choudhury threw herself into the movement.

She had organized the ‘Krusaka Andolana’ (Farmers Movement) as part of the freedom struggle against the zamindars and moneylenders, who exploited the poor. After Independence, Malati Choudhury, as a member of the Constituent Assembly of India, and as the President of the Utkal Pradesh Congress Committee, tried her best to emphasise the role of education, especially adult education in rural reconstruction. She also joined the Bhoodan Movement of Acharya Vinoba Bhave. 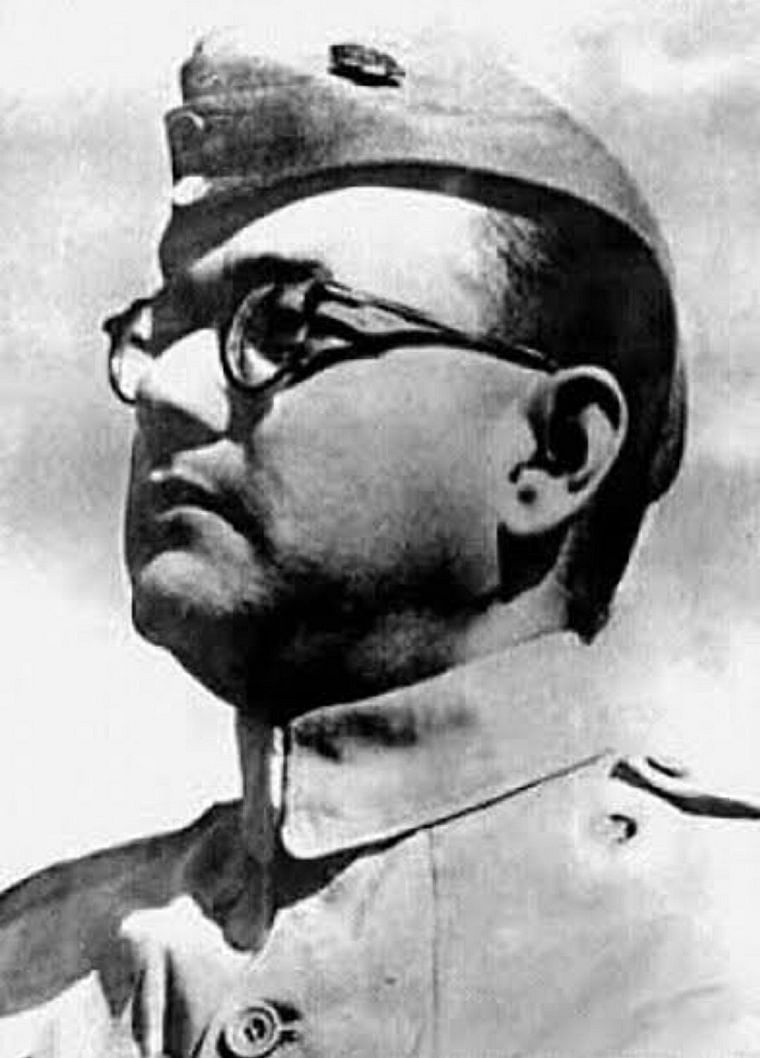 In July 1940, the British Government imprisoned Subhas Chandra Bose in Calcutta jail. Later He started a fast unto death in jail and his health started deteriorating.  Under compulsion, the British government released him on 5 December 1940 and he was placed under house arrest in his Elgin Road residence.

On the intermediating night of January 16 and 17 in 1941, 44-year-old Subhas Chandra Bose being disguised himself as Muhammed Ziauddin escaped from house arrest. Sisir Bose, his nephew, drove him off in a German-make sedan, Wanderer (BLA 7169), from 38/2 Elgin Road, Calcutta, on the way to Gomoh, about 300 km away. The next morning they reached Dhanbad, to the house of Ashok, brother of Sisir.

Later in the night, Sisir and his brother Ashok drove him to Gomoh Railway Station.  The Delhi-Kalka mail was not due at Gomoh until late at night.  At Gomoh railway station, a porter came and picked up the luggage. Subhas Chandra Bose, in the disguise of Muhammad Ziauddin, mounted the foot over bridge slowly behind the porter and reached on the opposite platform.

The Delhi-Kalka mail chugged in from Howrah and he boarded the train where a berth had been kept reserved for one Muhammad Ziauddin. Subhas changed trains near Delhi and boarded the Frontier Mail. On the late evening of January 19, 1941, the Frontier Mail from Delhi entered Peshwar Cantonment Station, and Mian Akbar Shah, the local leader of forwarding Block Party, waiting near the exit gate, spotted a distinguished Muslim gentleman coming through it.

Netaji Subhas Chandra Bose thus escaped from British surveillance and set out on a long journey to achieve freedom of his motherland. Gomoh Railway station is a major junction station of East Central Railway in the Howrah-Delhi Grand Chord route. The station is about 300 km from Kolkata and 30 km from Dhanbad.

The first journalist to sacrifice his life during 1857 revolt

Maulvi Muhammad Baqir (1780-1857) started the first litho-printed Urdu newspaper of Delhi in 1837. The newspaper ‘Delhi Urdu Akhbar’ devoted itself completely to the Nationalist cause in the wake of the great revolt of 1857. After the revolt broke out on 10 May 1857 Baqir renamed the paper as ‘Akhbar-us-Zafar’ (Paper of Zafar) to pay tribute to the leader of the revolt. When the British entered Delhi on 14 September 1857 he was among the first to be arrested. On 16 September he was produced before Major Hudson, who ordered him to shoot him dead. Baqir was executed the same day, making him the first journalist to lay his life for the nation. (Source: Azadi Ke Deewane Museum, Red Fort, ASI, Ministry of Culture)

On the left bank of Siang river nestles the beautiful and serene Komsing village, which rose to prominence when Noel Williamson was murdered here when he was carrying the message of the death of King Edward VII to the tribal chiefs.

Matmur Jamoh killed the British officer Williamson at Komsing village, while another band of his followers killed one Dr Gregorson at Pangi, both in East Siang district of Arunachal Pradesh, on March 31, 1911.

The village chief of Yagrung, nearly 20km from here, had at last avenged the humiliation he had suffered at the hands of Williamson two years before the twin strikes by the Adi warriors he led.

However, he died in obscurity and very few records were available of his last days at Cellular Jail, where he was sent after he surrendered, along with some others a few months later, unable to hide any longer in the face of an intense operation called the Abor Expedition of 1911-12. Pir Muhammad Munis (1882-1949), a Hindi journalist from Champaran, wrote for Pratap and many other Hindi newspapers. It was his pen which attracted the attention of Mahatma Gandhi towards the plight of the Indigo farmers of Champaran. Munis, along with Raj Kumar Shukla, persuaded Mahatma Gandhi to launch the Champaran satyagraha. The British considered him a threat to their empire.

“Pir Muhammed Munis is actually a dangerous and hoodlum journalist who through his questionable literature, brought in light the sufferings of a backward place like Champaran in Bihar.” - A British Police Document. (Source: Azadi Ke Deewane Museum, Red Fort, ASI, Ministry of Culture)