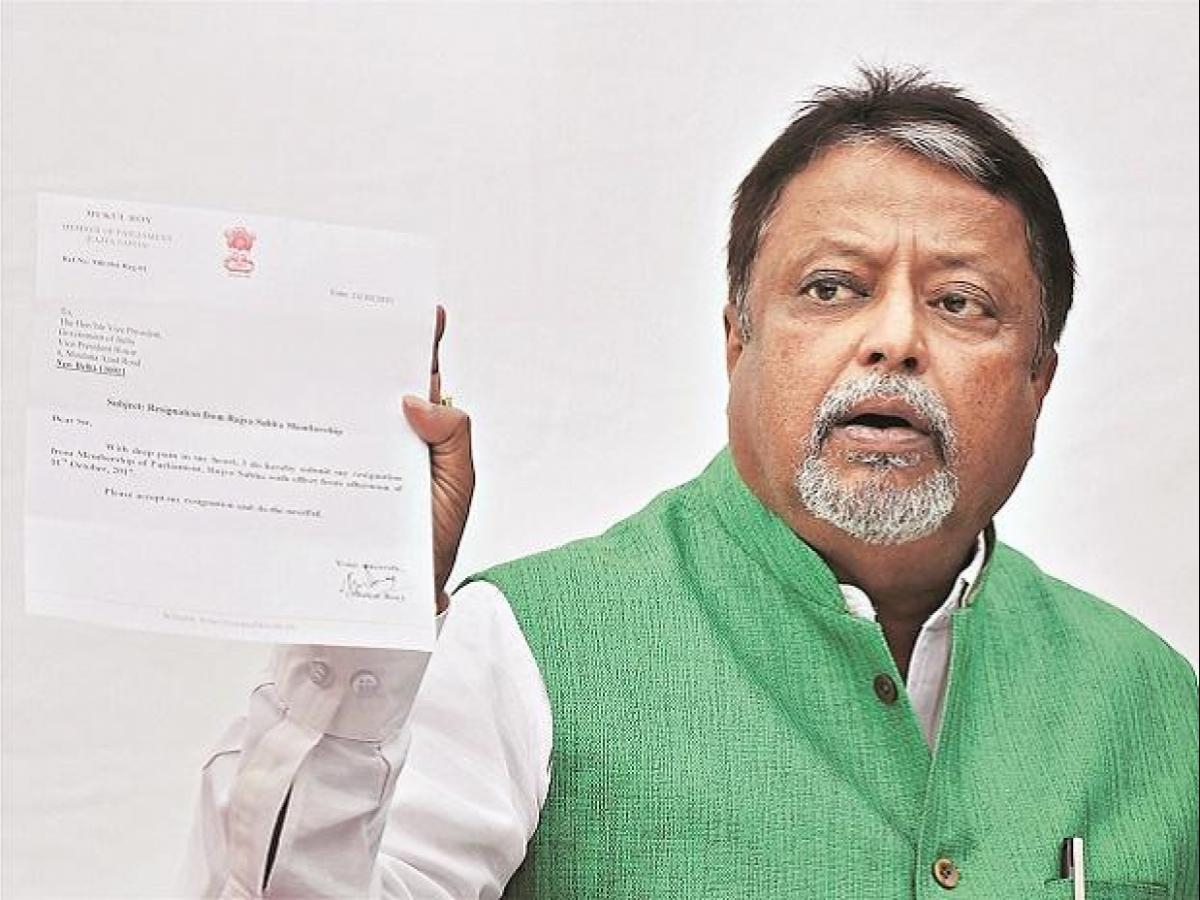 Krishnanagar: Amidst the controversy of disqualification of TMC leader Mukul Roy's MLA post, Roy on Friday visited Krishnanagar where he is the BJP MLA and in a major ‘slip of tongue’ claimed that the ruling Trinamool Congress will lose in both bypoll election and Tripura Assembly election in 2023.

Taking hint from his party workers later amended his earlier comments and said that in both the election TMC will mark its victory. Bharatiya Janata Party will win in the polls”, Mukul was heard saying, which he later retracted and corrected it to ‘TMC will win’.

Asked about attack on TMC national general secretary Abhishek Banerjee’s car attack in Tripura to which Mukul said that nobody attacked Abhishek.

“It is a perception that one has created and no one attacked Abhishek and such minor issues will always stay in politics”, claimed the BJP Krishnanagar (North) MLA

Asked that will he be going to Tripura for strengthening the organization of TMC in Tripura to which Mukul said that "if his party wants he will visit Tripura".

Claiming that whether West Bengal Chief Minister Mamata Banerjee will be ‘Prime Minister or not’ future will say, TMC leader Mukul said but TMC’s landslide victory in the recently concluded Assembly polls cannot be ruled out.

A BJP leader on anonymity said that post rejoining TMC Mukul Roy have forgotten his current status as on one side he is BJP MLA and on other side he is in TMC.