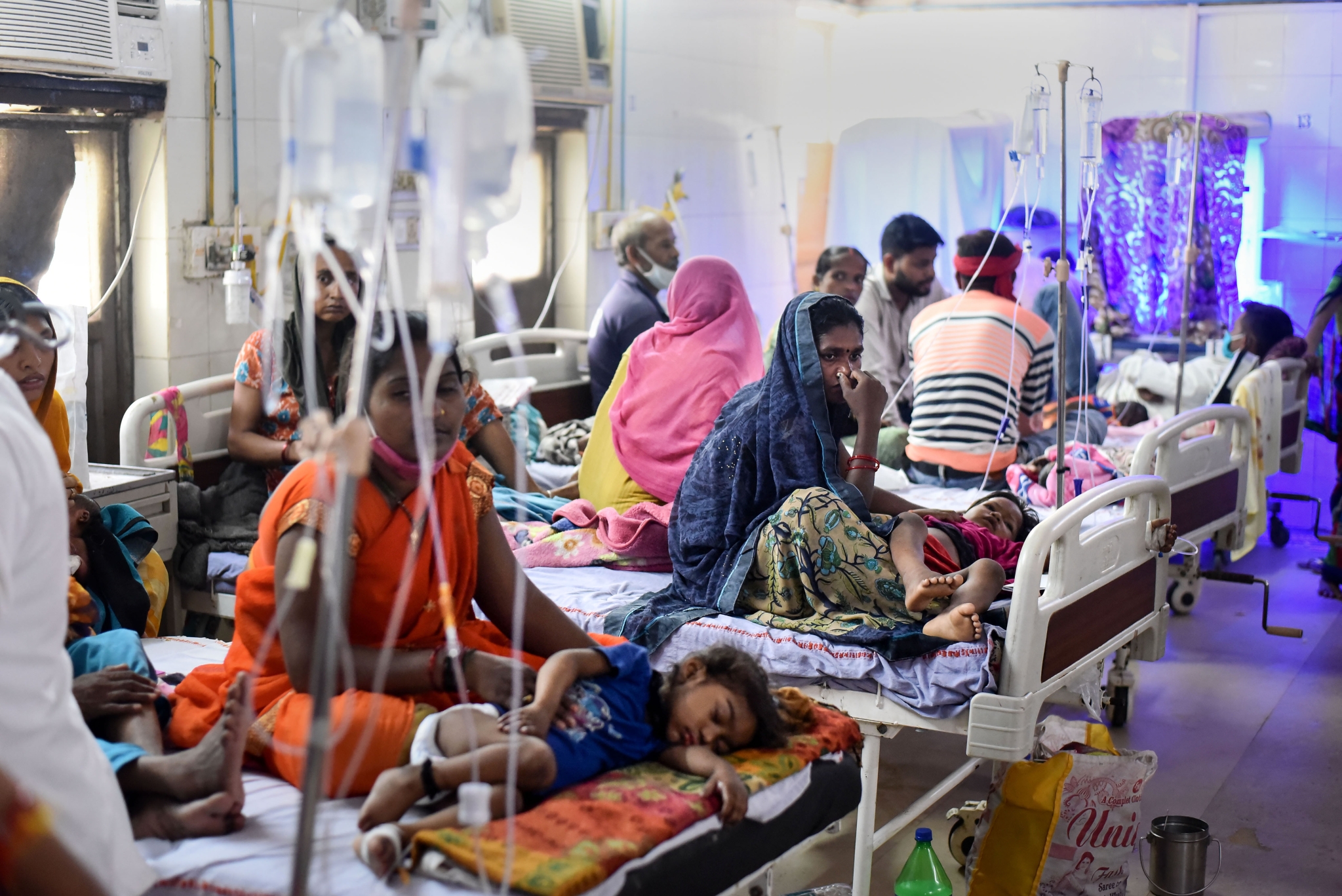 A central team which was sent to Firozabad in Uttar Pradesh to investigate the cause of a fever outbreak and deaths among children has observed that the majority of cases are of dengue.

In a letter to UP chief secretary, Union Health Secretary Rajesh Bhushan said the Central team comprising of the National Center for Disease Control (NCDC) and National Vector Borne Disease Control Programme (NVBDCP) officials have "observed that the majority of cases are due to Dengue, while a few are because of Scrub Typhus and Leptospirosis."

"Vector Indices were also found to be high with House Index and Container Index, both above 50 per cent, in Firozabad district and accordingly the vector surveillance and control measures have been instituted," he said.

He also recommended that surveillance should be strengthened with implementation of the Integrated Health Information Platform (IHIP) in the district in coordination with the central surveillance unit at the National Centre for Disease Control (NCDC) and that entomological activities be strengthened and continued according to standard guidelines and SOPs of the National Vector Borne Disease Control Programme (NVBDCP).

He also recommended augmenting isolation beds and admission facilities in the district hospital of Firozabad and neighbouring districts and organising a short reorientation of all doctors at primary health centres and community health centres.

Services of experts on infectious diseases from King George's Medical University and similar institutions may be utilised for this purpose.

"You may recall that a central team comprising National Centre for Disease Control (NCDC) and National Vector Borne Disease Control Programme (NVBDCP) officials was sent to Firozabad to investigate the cause of fever outbreak and deaths among children and suggest suitable recommendations for containment of this outbreak. The central team has observed that the majority of cases are due to dengue, while a few are because of scrub typhus and leptospirosis," Bhushan said in the letter.

He further suggested intensifying awareness activities By the district administration.

The NCDC has deputed two epidemic intelligence service (EIS) officers in the district for a period of 14 days and they will assist the district in strengthening its outbreak response, Bhushan said.