In a brutal incident that was recorded in Bihar's capital city Patna on Monday, a protesting student holding tricolour was beaten mercilessly in the middle of the road by the city's Additional District Magistrate (law and order) while he laid on the ground injured.

The video of the student being beaten up by a stick has gone viral on social media while he is pleading and crying.

According to media reports, the students are protesting in Bihar seeking employment. Notably, hundreds of aspiring teachers were lathicharged in Patna today as they protested against the delay in their recruitment.

Following the video, the ADM, and the Bihar police is facing backlash from the people and the opposition.

Sharing the video on Twitter, Bihar BJP slammed the Nitish Kumar-led Bihar government and the ADM, saying that the state has handed over a pen to a person who is used to firing guns.

In the video, the student can be seen lying on the road holding the Indian flag while the police officer is charging him and the tricolour brutally with a lathi.

The student has been admitted to a hospital after he faced injuries on his head and face.

Sharing the video of the injured student, Bihar Teacher Candidate's Association tweeted, "The teacher candidate, who reached Patna from his village in the hope of getting a job, is lying in Besud Hospital injured by the barbaric sticks of the police."

"Look at the ADM's hooliganism, lathi-charge on those seeking jobs in teacher posts. ADM did not even care about the tricolor and brutally beat up the young man! RJD had promised employment but is giving them lathi! Free run for criminals & lathis for youth!" tweeted BJP national spokesperson Shehzad Poonawalla.

Taking note of the incident, Bihar Deputy Chief Minister Tejashwi Yadav said that he spoke to Patna District Magistrate over the phone, who has constituted an inquiry into the matter. A committee under the supervision of Patna Central SP and DDC has been formed, informed Yadav on his Twitter handle.

"If found guilty, action will be taken against the concerned officer," he added.

Notably, over 5,000 candidates took to the streets of Patna to demand the initial teacher reinstatement, and a large number of police forces were deployed with water cannons.

Meanwhile, thousands of teacher candidates from different districts of the state had been protesting for several months in this movement being held under the banner of the State Elementary Youth Teachers Association. 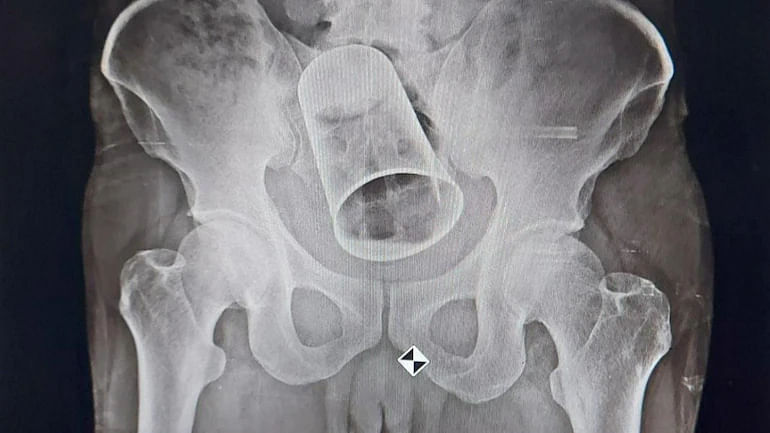