Area police from Govindpuri arrived on the scene after residents called the control room.

In a quick and smart action that was caught on CCTV, a security guard managed to stop two thieves from stealing a bike parked inside the premises of a society building.

The incident took place Tuesday at around 3.15 pm in the Everest Apartments in south Delhi's Kalkaji Extension, where two men posed as municipal officials tried to steal a delivery agent's bike that was parked inside the society.

The delivery agent had left the key in the ignition and within minutes, two men, taking advantage of the situation, tried to steal the bike. However, their mission failed successfully after the guard, who was standing near the gate, saw the men speeding the bike of the delivery agent and immediately closed the gate before they could flee.

As can be seen in the security footage, as soon as the thieves came near the gate, the guard closed it and the thieves rammed into the gate tumbling off the bike that stopped them from fleeing.

As per the reports, one of the men was caught by the residents immediately, while the other managed to run away. However, he too was caught in a neighbouring colony, where he was hiding in a park.

Area police from Govindpuri arrived on the scene after residents called the control room.

The men reportedly had told residents of Everest Apartments that they were municipal officers, who have come for building inspection. They spotted an opportunity around 2 pm when a courier delivery agent left the key in the ignition as he got off to ring a doorbell. 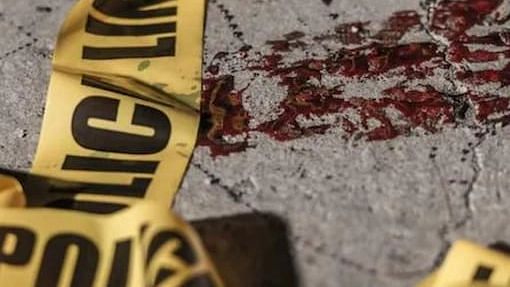