Vijay Diwas 2021: All you need to know about Indira Gandhi's role in liberation of Bangladesh

The Pakistani Instrument of Surrender was signed on December 16 - an occasion marked as Vijay Diwas by the Indian Army.
FPJ Web Desk 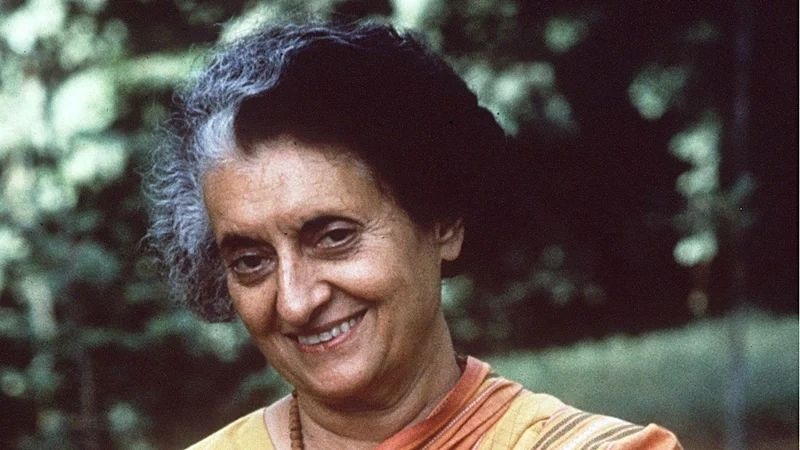 The Indo-Pakistan War of 1971 that concluded on December 16 also brought the Bangladesh Liberation War to a successful end. The Pakistani Instrument of Surrender was signed on December 16 - an occasion marked as Vijay Diwas by the Indian Army. This also saw then Army Chief of Pakistan General Amir Abdullah Khan Niazi, along with his 93,000 troops, surrender to allied forces, which also comprised Indian Army personnel.

The 1971 Bangladesh Liberation War was fought during the rule of the then Prime Minister Indira Gandhi. In one of the fastest and shortest campaigns of military history, a new nation was born as a result of the swift campaign undertaken by the Indian Army. As India celebrates 50th anniversary of the historic win, lets take a look at Indira Gandhi's role in the liberation of Bangladesh. 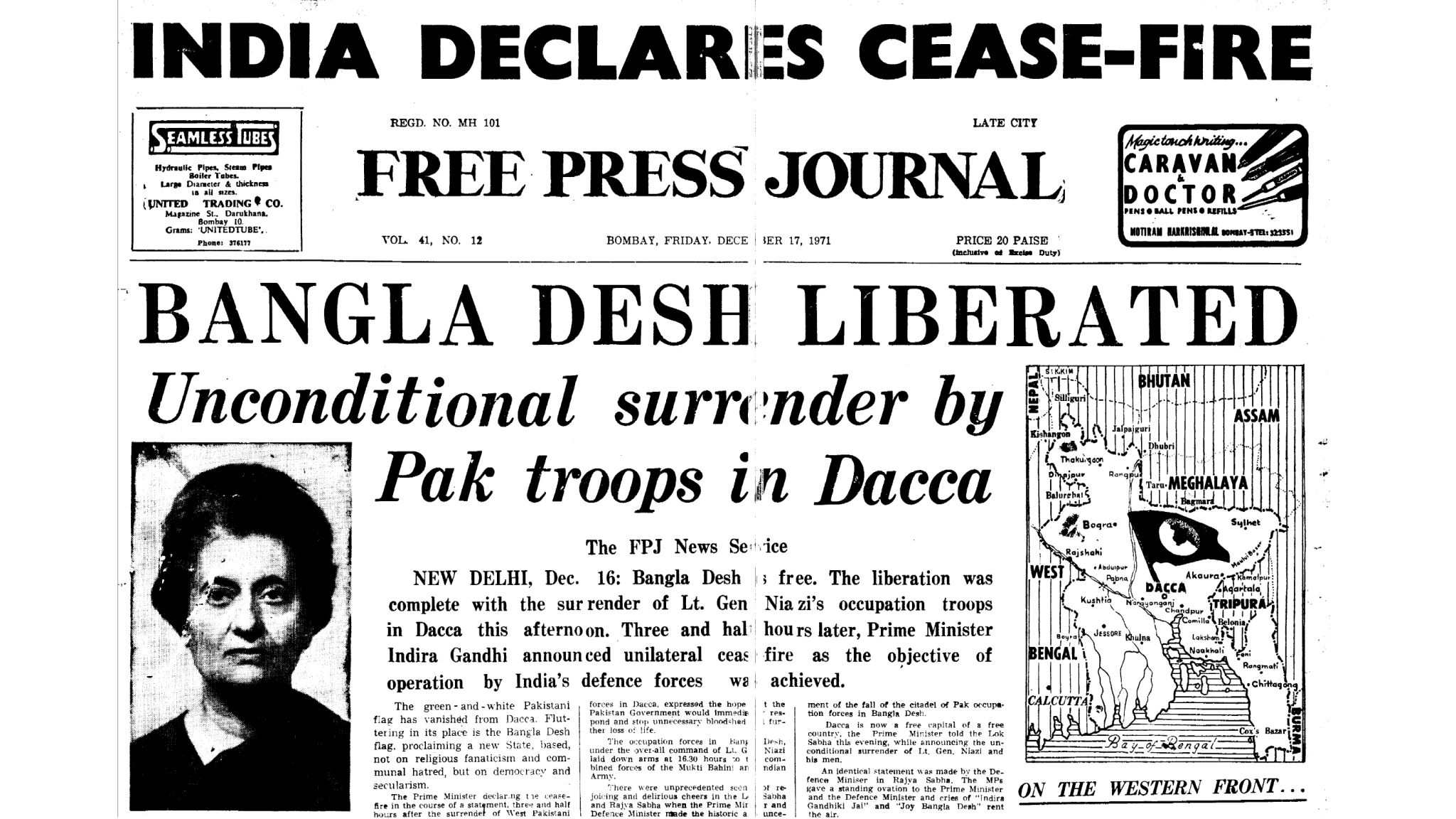 General Maneckshaw, the Chief of the Army Staff of the Indian Army during the Indo-Pakistani war of 1971 had advised PM Gandhi to avoid an operation during the monsoon when the rivers of the Bengal delta would be overflowing and hampering movements of the army. She heeded the advice of the general and undertook an international tour to draw the world's attention towards the plight of Bangladesh.

Gandhi travelled to Europe and North America to shine light upon humanitarian crisis in South Asia. When she found the Nixon government preoccupied in its reconciliation with Communist China, she struck a deal with the Soviets, who, by that time, had become China’s arch rivals owing to the Sino-Soviet split.

Gandhi provided significant support to the Tajuddin Ahmad led-Bangladeshi government-in-exile, which also included the armed and guerrilla forces under the command of Bengali defectors from the Pakistani military forces.

During the nine months between March and December 1971, the Bangladeshi armed and guerilla forces secured control of the Indo-Bangla border along with much of the Bangladeshi countryside while West Pakistani troops were restricted to their barracks and urban areas. 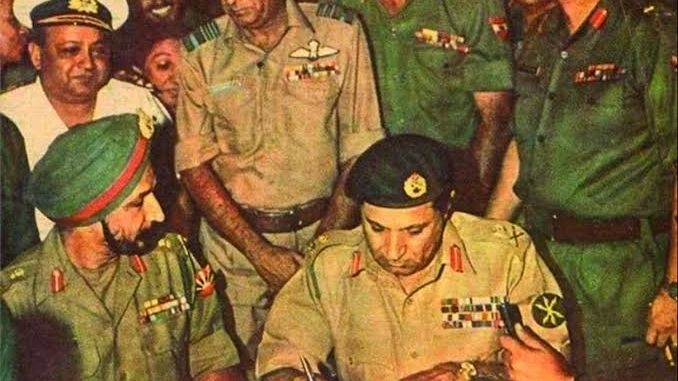 The Pakistani Instrument of Surrender was signed on December 16 - an occasion marked as Vijay Diwas by the Indian Army. | Twitter

West Pakistan launched a pre-emptive strike on North India, leading up to a massive Indian military machine coming into play. The allied forces won the Pakistani surrender within a span of just two weeks in December 1971. The Instrument of Surrender also called the Geneva Convention ensured humane treatment for around 91,000 prisoners of war who had surrendered. 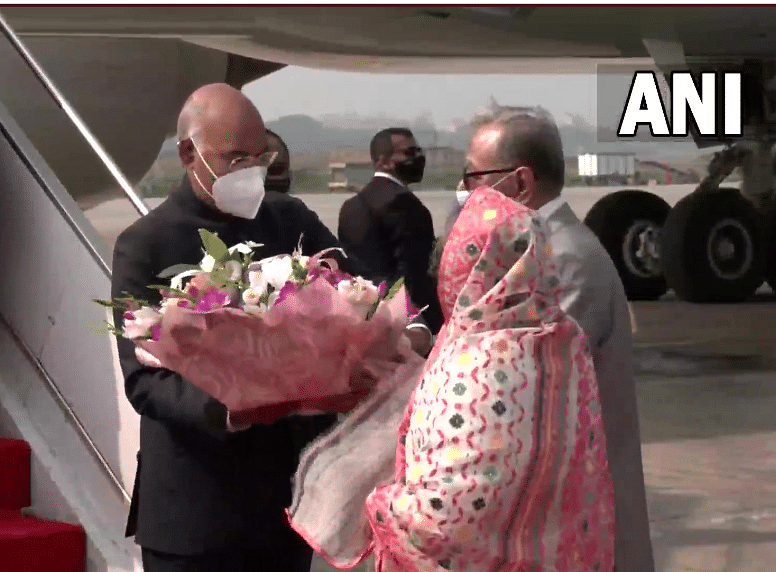