HomeIndiaUttar Pradesh: No more eggs from Maharashtra & other states as Yogi govt set to bring in new poultry policy

Uttar Pradesh: No more eggs from Maharashtra & other states as Yogi govt set to bring in new poultry policy

The policy would encourage poultry farming at large scale in the state and aims at producing 1.92 crore eggs per day in the next five years.

Uttar Pradesh: No more eggs from Maharashtra & Punjab as Yogi govt set to bring in new poultry policy | Representative pic
Follow us on

Lucknow: Uttar Pradesh would no longer import eggs and chicken from Maharashtra, Punjab and Andhra Pradesh. With an aim to become self-dependent in terms of eggs production and chicken, the Yogi Government has introduced new poultry policy.

The policy would encourage poultry farming at large scale in the state and aims at producing 1.92 crore eggs per day in the next five years.

Yogi cabinet has approved new poultry policy of state, which has set a target of Rs 1500 crore investment in this sector in the coming five years. At present there is huge gap between the demand and production of eggs in UP.

Read Also
Uttar Pradesh: Yogi govt to go organic; will send interested farmers to 'Gurukuls' to train them in... 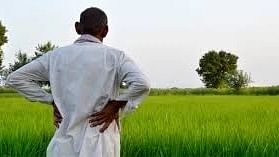 The state has been importing eggs as well as chicken from Maharashtra, Punjab and Andhra Pradesh mainly. The broiler chicks for the poultry farms of UP are also being imported from outside.

According to the official spokesperson of UP Government, the new policy would generate 1.25 lakh employment in the poultry sector. A target of setting 700 new poultry units in UP has been fixed under the new policy.

The state government would provide compensation for the interest paid by the new units on the loans taken by them. As per policy this units would get compensation at the rate of 7 per cent on the bank loans for a period of 60 months. In the policy, the financial structure for new project has been drawn in the ratio of 30:70, which means there would be 30 per cent margin and 70 per cent bank loans. The compensation on interest charged on loans would be provided as per this ratio. This would put a financial burden of Rs 295 crore on the state government.

In the new policy, rebates and concessions have been announced for the broiler farms also. The state government has fixed a target of producing 1.72 crore broiler chicks every year. For this special broiler parent farms would be established. The state government would start a dedicated portal, database management, and project facilitation centre for those willing to venture in the poultry business. The youths willing to start poultry business would be imparted training from the institutes of national repute in this sector.