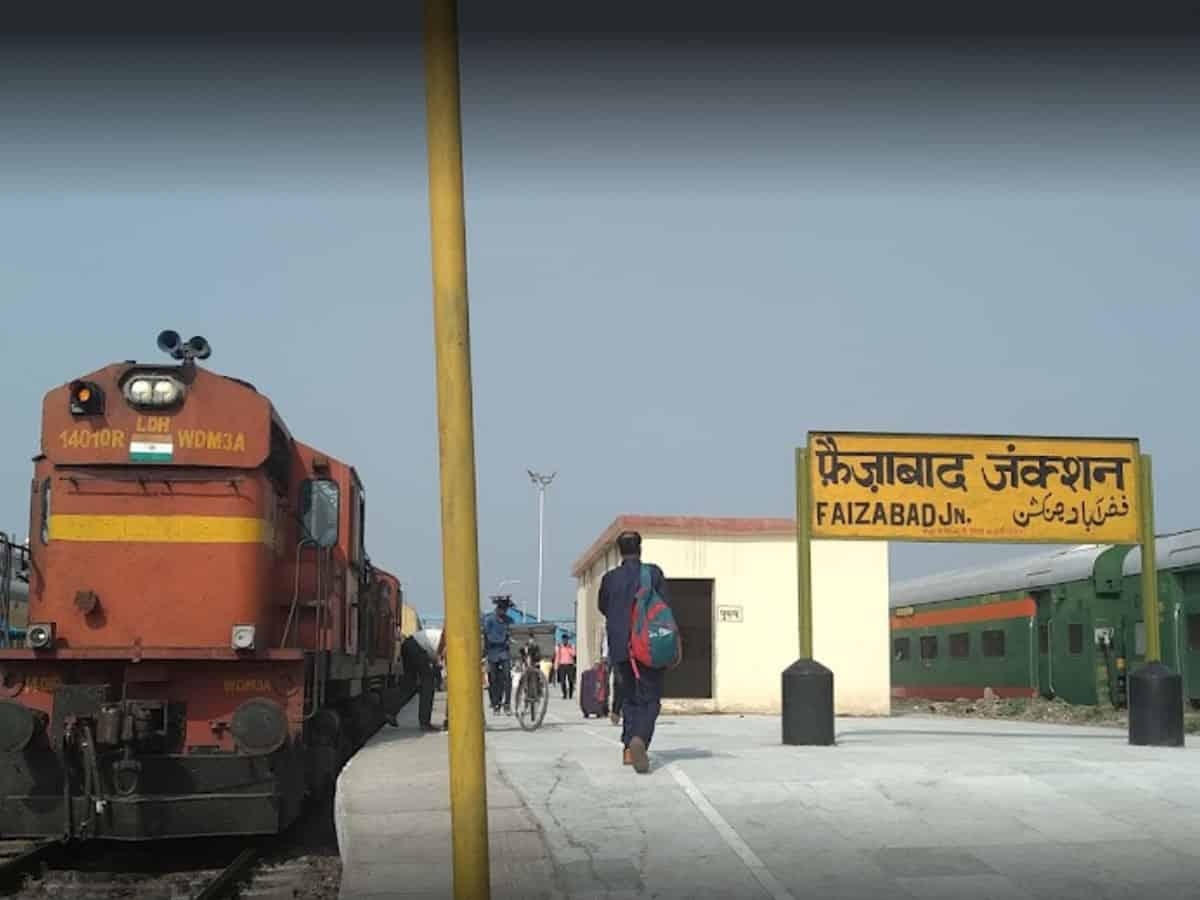 The Railways on Tuesday changed the name of Faizabad Junction Railway Station to Ayodhya Cantt with immediate effect.

It is notified for the information of the general public that the name of Faizabad (FD) Railway Station in Lucknow Division of Northern Railway has been changed to Ayodhya Cantt (station code: AYC) with immediate effect, Northern Railway PRO Dipak Kumar said here on Tuesday.

A tweet by the Chief Minister's Office had said Faizabad station will be called the Ayodhya Cantt railway station.

In another tweet, the CMO had said the Centre too has granted its consent to the decision and Chief Minister Yogi Adityanath has given the green signal to issue a notification in this regard.

Earlier in 2018, the UP government had renamed Faizabad district as Ayodhya.

The BJP government had also changed the name of Allahabad to Prayagraj and Mughalsarai railway junction as Pandit Deen Dayal Upadhyay junction.

Opened in 1874, the Faizabad railway station falls under the Lucknow-Varanasi section.