In first incident, Bhumika's father, Anil Sharma of Noida, has lodged a complaint with the police stating she was murdered by her husband and four other people over dowry, officials said.
PTI 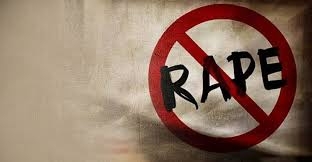 The body of a 30-year-old woman was found hanging at her in-laws' house in Shamli district, with her father alleging she was murdered by her husband over a dowry dispute, police said on Sunday.

Bhumika used to live with her in-laws in the Maniharan locality of the district, and she was found dead on Saturday, they said.

In another incident, A 17-year-old girl was allegedly abducted and raped by a youth from her village here, police said on Sunday. The accused has been identified as Akshit. He is on the run, they said.

In first incident, Bhumika's father, Anil Sharma of Noida, has lodged a complaint with the police stating she was murdered by her husband and four other people over dowry, officials said.

The police said an investigation is underway. The family members of the woman staged a protest, demanding the accused be arrested.

In scond incident, The girl was allegedly abducted by the youth four days ago from her village under Kotwali police station area. She was found unconscious by her family members at a nearby place, the police said.

Later, the girl told her parents that she was raped by Akshit, they said.

Efforts are being made to arrest the accused, the police said.

In a separate incident, the body of a man, Jitender Kumar, was found in a cottage near the Gharivala chowk in the Jhinjhana police station area in Shamli on Saturday evening.