Uttar Pradesh CM Yogi Adityanath along with Deputy Chief Ministers of UP Keshav Prasad Maurya and Brajesh Pathak on Monday called on Prime Minister Narendra Modi at his residence in Delhi.

Before meeting PM Modi, the UP Chief Minister along with the other two ministers paid a courtesy visit to President Ram Nath Kovind.

"Made a courtesy visit to President Ram Nath Kovid in New Delhi today. Your thoughts always inspire us. Thank you very much for giving your valuable time!" tweeted Yogi Adityanath.

This is the first visit of Adityanath to the national capital after he was sworn in as the Chief Minister for the second consecutive term.

In the recently held Assembly polls, the results for which were announced on March 10, the Bharatiya Janata Pary got an absolute majority in the 403-member Assembly by winning 255 seats with its allies Apna Dal (Sonelal) and the Nirbal Indian Shoshit Hamara Aam Dal (Nishad) bagging 12 and six seats respectively.

Meanwhile, the UP CM today assured timely redressal of grievances and said that strict action would be taken on issues of law and order.

The Chief Minister directed the officials to expedite the settlement of land measurement and revenue related matters in the tehsils.

He also instructed them to ensure quality resolution of problems in police stations and tehsils so that justice is done in each case. 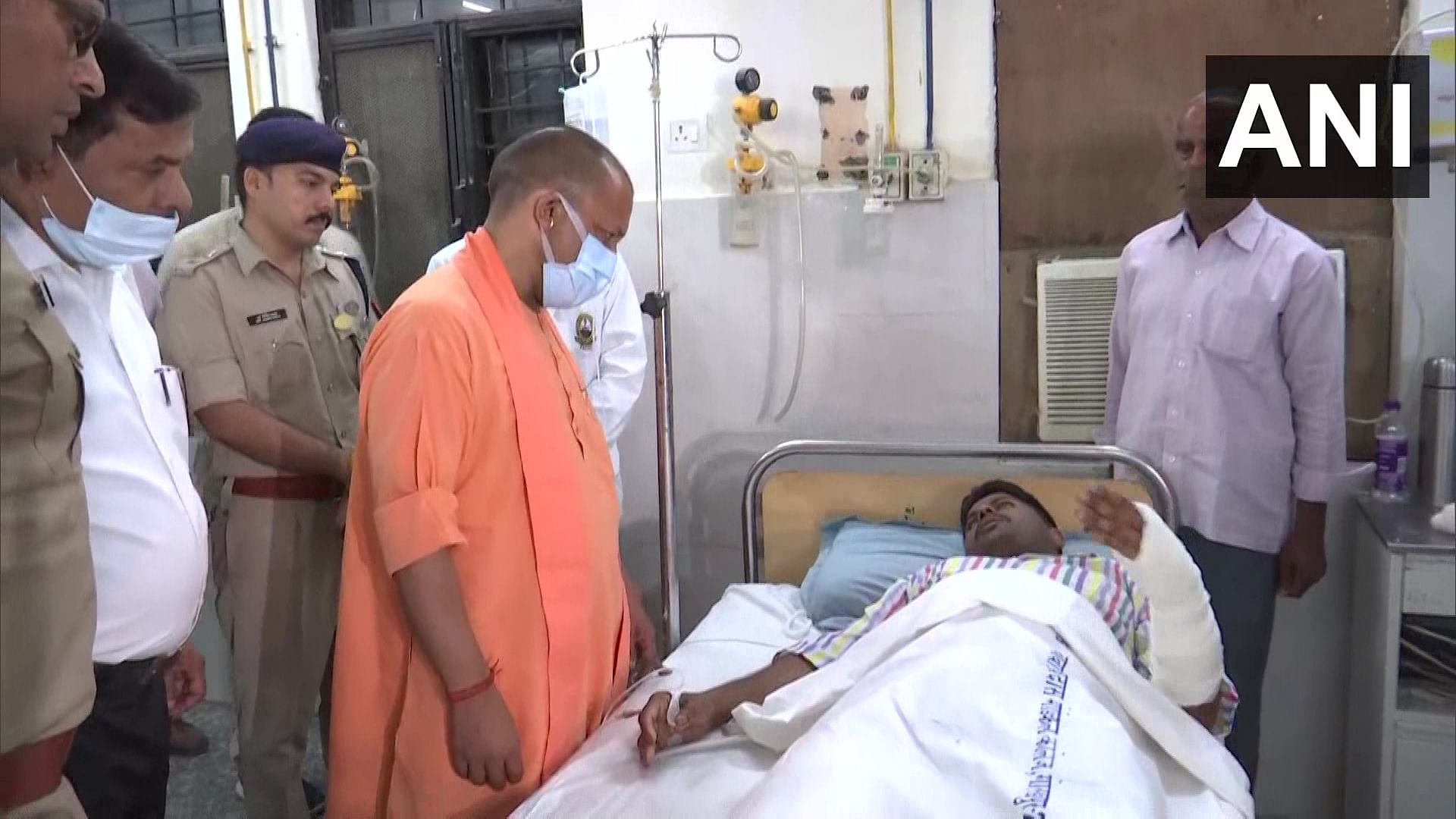