HomeIndiaUttar Pradesh: Ayodhya glitter on Diwali, Yogi gifts 50 projects worth Rs 611 crore ahead of UP polls

Uttar Pradesh: Ayodhya glitter on Diwali, Yogi gifts 50 projects worth Rs 611 crore ahead of UP polls

This year too, the Ayodhya event on Diwali was registered in the 'Guinness book of world record'.

UP CM Yogi Adityanath | Photo: IANS
Follow us on

This year too, the Ayodhya event on Diwali was registered in the 'Guinness book of world record'. In Ayodhya this year, a total of 12 lakh earthen lamps were illuminated. 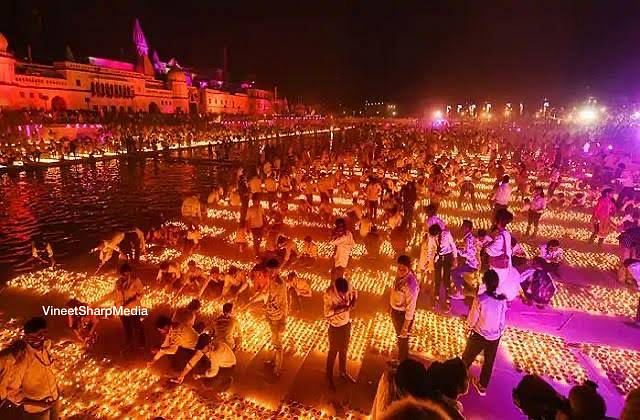 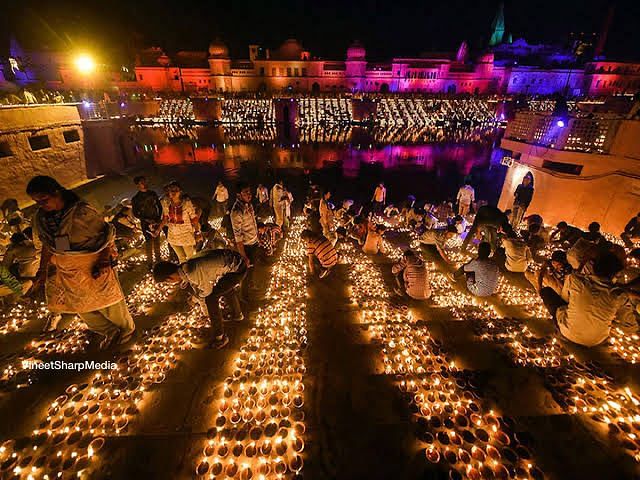 On this occasion, chief minister Yogi Adityanath inaugurated and dedicated 50 developmental projects worth Rs 611 crore for Ayodhya. Speaking on the occasion, he said that there was a time when the devotees of Lord Ram faced bullets in Ayodhya. Reminding people of the incidents of 30 October and 2 November in 1990, the chief minister said that those ordered firing on devotees has now surrendered before Lord Ram.

CM Yogi said that very soon, Ayodhya will be recognized in the world as a cultural city. He said that no one can stop the construction of the grand Ram Temple in Ayodhya and it will be completed by the year 2023.

A day before the name of Faizabad railway station was changed to Ayodhya Cantt, a proposal in this regard was sent to the Railway Ministry by the UP government. Before this, Ayodhya was a small town under the jurisdiction of the Faizabad district.

It may be mentioned that in his 4.5 years of tenure, CM Yogi has visited Ayodhya 30 times and has been allocating funds generously for the development of the city. In the annual budget of 2021-22, Rs 140 crore was sanctioned for the all-around development of Ayodhya, Rs 100 crore for beautification, Rs 300 crore for road construction, and Rs 101 crore for the airport. At present, work is going on in Ayodhya on projects worth Rs 3,116 crore, while detailed project reports (DPR) for works up to Rs 8,000 crore have been sanctioned.

According to the official spokesperson of the UP government, very soon, work would begin on developing new Ayodhya Township and schemes have been made to develop the city with Rs 20,000 crores. 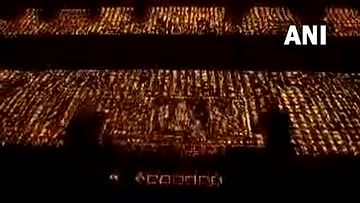