For the first time in the history of SP, its founder Mulayam Singh Yadav and senior leader Azam Khan were not present at the national convention. Both these ailing leaders have been undergoing treatment in Delhi.

In the absence of its founder, Mulayam Singh Yadav and senior leader Azam Khan, the two-day national convention of the Samajwadi Party began in Lucknow, Uttar Pradesh, on Wednesday. On the first day, the election of the state party president was held, while the national chief would be elected Thursday.

Amidst the buzz of changing old guards, the Samajwadi Party repeated ongoing state president Naresh Uttam Patel for another tenure, which irked the young cadre of the party. Naresh Uttam was made state president of SP in 2017 and had been continuing since then. The young leaders of the party were expecting some change in the state executive and advocating for fresh faces to infuse new zeal in the otherwise disappointing cadre.

However, SP national president Akhilesh Yadav and other senior leaders reposed their faith in Naresh Uttam. Soon after Uttam was re-elected as state president, the supporters, young leaders and a large number of party cadre vent ire on social media terming the decision as disastrous.

For the first time in the history of SP, its founder Mulayam Singh Yadav and senior leader Azam Khan were not present at the national convention. Both these ailing leaders have been undergoing treatment in Delhi.

While tabling a political and economic resolution in the convention, SP chief Akhilesh Yadav targeted Bhartiya Janta Party (BJP) government and said that it is denying reservation to the backwards and scheduled caste candidates in the jobs. He said that the BJP government has been privatizing government institutions to stop the job entry of backwards and Dalit.

Akhilesh said that constitutional bodies are being weakened deliberately and it has posed a challenge to the democratic set-up of the country.

Citing the defeats faced by Samajwadi Party in the 2019 parliament and 2022 assembly polls, Akhilesh Yadav said that the BJP used state machinery to rig the elections. However, he said that both these elections have proved that only SP can challenge BJP and none else.

He recalled the alliance forged with Bahujan Samaj Party (BSP) in 2022 and said, "SP had sacrificed for it and tried its level best to uproot BJP, but those in power used all unfair means to ensure our defeat."

On Thursday, the Samajwadi Party would elect its new national president and other office-bearers. 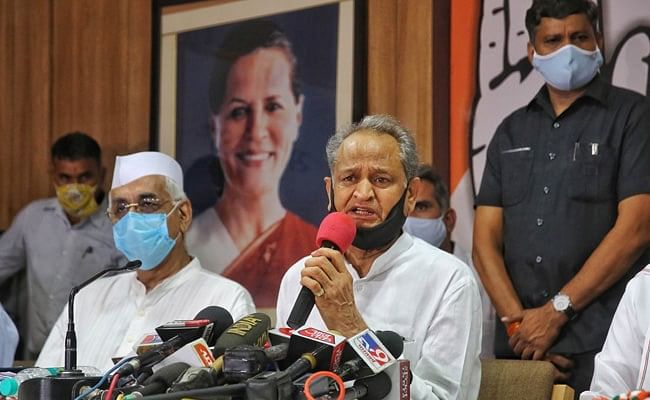