UP shocker! Drunk man throws his 4 kids in canal in Kasganj, 3 survive; held

An FIR was later registered against Pushpendra under IPC sections 363 (kidnapping) and 307 (attempt to murder) on the basis of a complaint filed by the village watchman Chob Singh.

UP shocker! Drunk man throws his 4 kids in canal in Kasganj, 3 survive; held | Representative Image
Follow us on

Kasganj (Uttar Pradesh): A man has been arrested for allegedly throwing his four children into a canal following an argument with his wife, sources said on Wednesday.

His 12-year-old daughter, whom he flung from the 30 feet high bridge, not only managed to swim to safety but also rescued two of her siblings. However, the fourth child, a five-year-old and youngest of the lot, is still missing.

The accused, Pushpendra Kumar, after a domestic dispute, had gone to drop his wife at her father's place, 15 km away from the village.

Accused threw his children from over the bridge

Prabha swam ashore and also brought her sister Kajal by tightly clutching her hand. Once ashore, she called out to her elder brother Sonu, who was drowning, and told him to hold on to a bridge column till she ensured that help arrived. She then began screamed for help waved frantically at passers-by who came to her rescue.

All the three children are in a stable condition, villagers said, adding that divers have now been deployed to trace the missing child.

Narrating the incident, Sonu said that his father had arranged for an auto-rickshaw to go to the fair. He added, "We were excited and dressed up well. After travelling for a few minutes, we stopped on a bridge. He took us to show the canal. He made us sit on the fence. When I asked about the depth of the canal, he pushed us down one by one. We are still unable to find our youngest sister."

An FIR was later registered against Pushpendra under IPC sections 363 (kidnapping) and 307 (attempt to murder) on the basis of a complaint filed by the village watchman Chob Singh.

Singh said, "Pushpendra had been working as a daily wager. He remained intoxicated most of the time. His wife somehow ensured education for the three elder children."

SHO of Sahawar, Siddhart Tomar, said, "During investigation, the accused confessed to his crime and claimed to have done it under the influence of alcohol. He has been sent to jail." 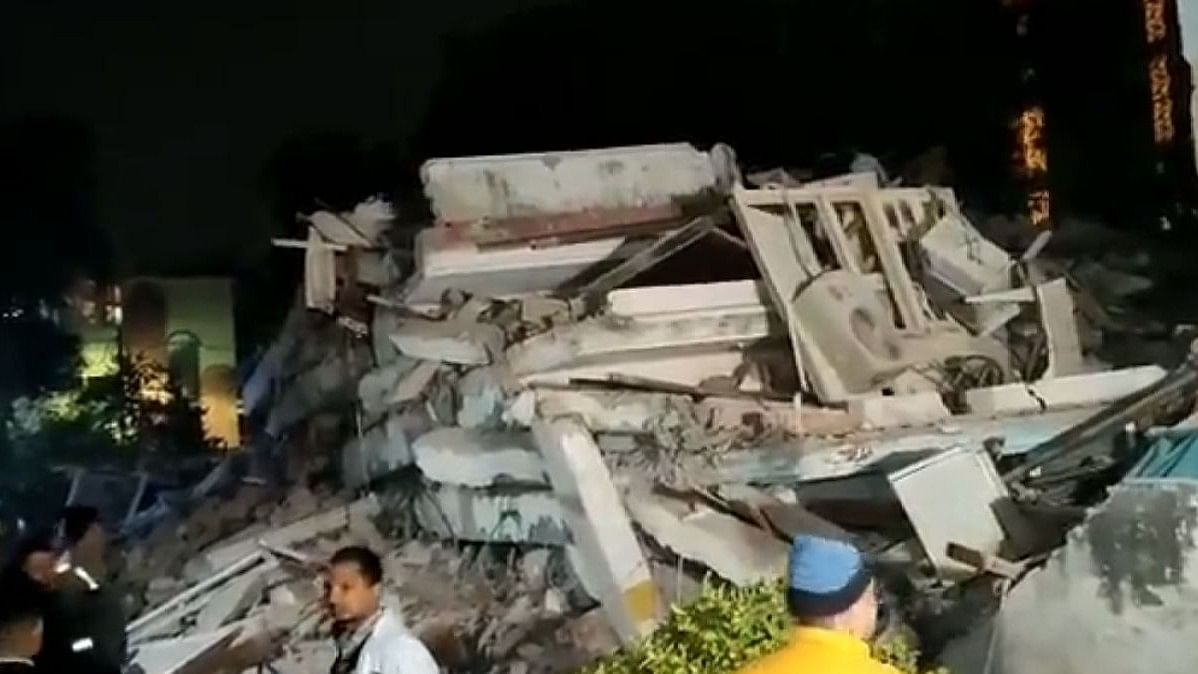