The DM said that 66 people who received burn injuries are being admitted to different hospitals at Bhadohi, Varanasi and Prayagraj.

A fire broke out at a Puja Pandal in Aaurai, Bhadohi, on Sunday night due to a short circuit | Photo: Twitter Image
Follow us on

Several people were charred to death, and over 60 sustained burn injuries in a fire tragedy at Durga Puja Pandal in Aaurai town of Bhadohi district of Uttar Pradesh.

While the administration has claimed five death, the locals say that there have been about eight causalities in the incident.

Incidentally, a fire broke out at a Puja Pandal in Aaurai, Bhadohi, on Sunday night due to a short circuit. Three children and two women were charred inside the Pandal, while several others sustained burn injuries. The police have registered FIR against the chairman of the Puja Samiti and efforts were on to arrest him.

According to District Magistrate Gaurang Rathi, two women, namely Jai Devi and Aarti Chaube and three children, Harshwardhan, Naveen and Ankush Soni, died in the fire tragedy. The DM said that 66 people who received burn injuries are being admitted to different hospitals at Bhadohi, Varanasi and Prayagraj.

The incident occurred due to a short circuit when the special Puja on the seventh day of Navratri was going on inside the Pandal. Notably, the Pandal was made of thermocol with only a single entry and exit, which made the situation worse at the time of rescue. A team led by the Additional District Magistrate (ADM) in its report has cited a short circuit and an explosion in the mercury light as the reason behind the fire tragedy.

The Inspector In charge of Aaurai, Gaganraj Singh informed that a case has been lodged against the chairman of Puja Samiti Pradeep alias Bachcha Yadav under sections 304A, 337, 338 and 326.

A case of power theft has also been lodged against him, as there was no proper permission from the electricity department for the connection inside the Pandal.

Meanwhile, chief minister Yogi Adityanath has asked the Police Commissioner of Varanasi and senior officials of Bhadohi and Mirzapur districts to reach the spot and provide all possible relief to the injured. 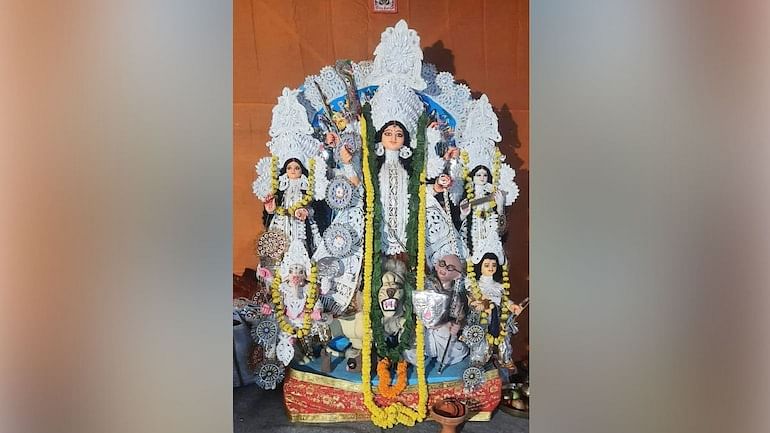