Amidst festivities of Durga Puja and Gandhi Jayanti, Akhil Bharatiya Hindu Mahasabha bagged new controversy after they sculptured an idol of Mahatma Gandhi portraying him as Mahishasura in their Puja Pandal near Ruby Crossing in southwest Kolkata.

Outraged over the installation of a Mahishasur idol that resembled the Father of the Nation at a pandal near Ruby Crossing in southwest Kolkata, people took to social media seeking immediate arrest of the concerned organisers.

Following a complaint by one Ratan Dey (44), S/o Lt Tarapada Dey, police registered a complaint against the Puja Pandal, where the idol was placed.

Notably, after criticism from various political parties and police intervention, the organisers of the Durga puja in the respective area, changed the appearance of the idol following instructions on Sunday.

“We were getting threat calls. The police said if we don’t change the idol, then they will close our puja. The police forcibly put a wig on the idol and removed the specs but our fight will continue,” said Goswami.

Sundar Giri, state president of Hindu Mahasabha claimed that Mahatma Gandhi has not done anything that he would be called ‘Mahatma’.

It is pertinent to mention that Hindu Mahasabha considers Nathuram Godse as the ‘patriot’ and observes black day on Gandhi Jayanti.

“It is a shameful incident and such a thing should not be encouraged,” said Majumdar.

TMC state general secretary and spokesperson Kunal Ghosh said that though there is ‘controversy’ with Gandhi, even after that, such an incident should not be ‘encouraged’. 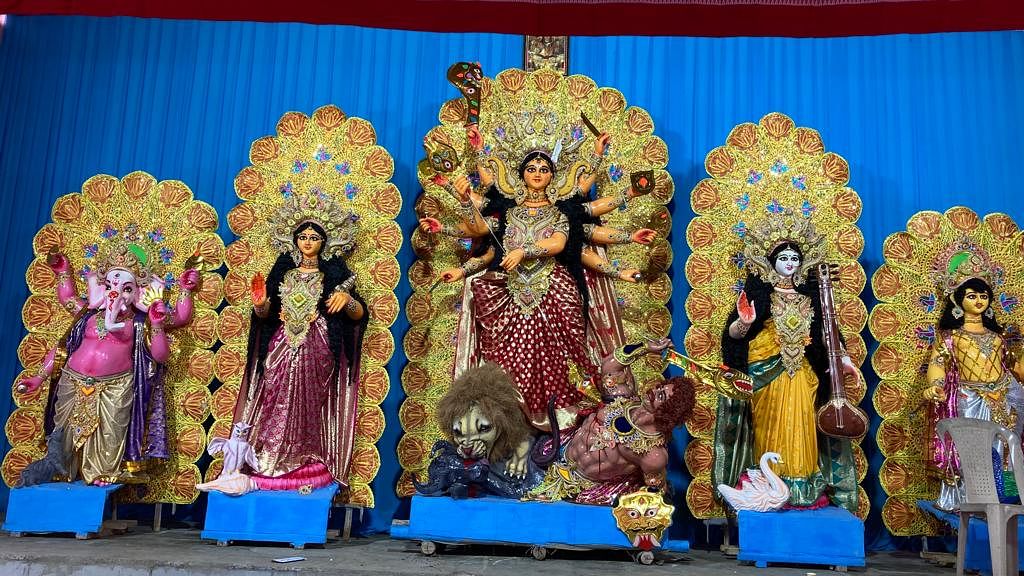