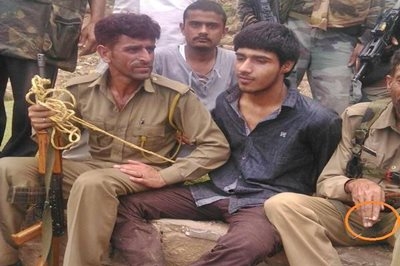 New Delhi: The terror strike in Udhampur is a part of “persistent attempts by terrorists” from Pakistan to vitiate the peaceful atmosphere in Jammu and Kashmir, government told the Lok Sabha today while informing that the two attackers had infiltrated from across the border.

Making a suo motu statement in both Houses of Parliament on yesterday’s attack, Home Minister Rajnath Singh said the interrogation of one of the two terrorists, who was captured alive, is expected to reveal their modus operandi, including the details of their infiltration from across the border and their targets.

“We strongly condemn the attack and the persistent attempts by terrorists from across the border to vitiate the peaceful atmosphere in Jammu and Kashmir,” he said.

He said that there were five infiltration attempts in a month, four of which were foiled and eight terrorists were neutralised.

Giving details about yesterday’s incident, Singh said the apprehended terrorist was Mohammad Naveed Yakub alias Usman, a resident of Faisalabad in Pakistan, and he had identified his slain accomplice as Mohammad Nomen alias Nomin, a resident of Bahawalpur, Pakistan.

Usman was brought to Jammu, where he is being questioned by the authorities concerned, he said. He said two (rpt) two BSF personnel had been martyred in yesterday’s attack. They were Rocky, a resident of Yamuna Nagar in Haryana, and Subhendu Roy of Jalpaiguri in West Bengal. 14 other BSF personnel were injured in the attack that took place around 18 kms from Udhampur town.