TMC Vs BJP: What is happening in Tripura ahead of local body polls?

The Mamata Banerjee-led party is trying to gain a foothold in the state ahead of the 2023 Assembly elections.
FPJ Web Desk 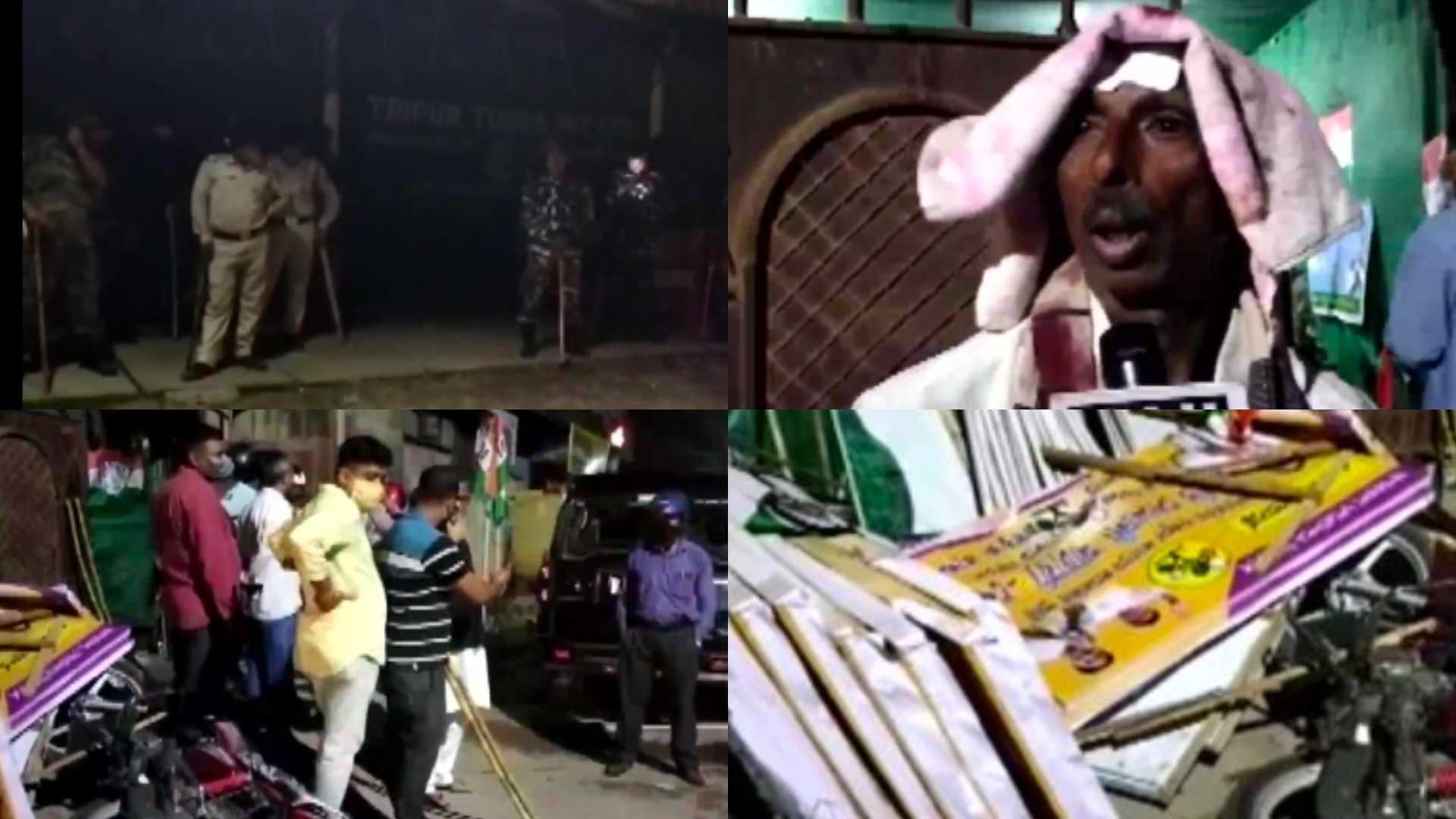 TMC Vs BJP: What is happening in Tripura ahead of local body polls? | ANI

The TMC is contesting the Tripura civic polls to be held on November 25. The ruling BJP has already won 112 out of 334 seats uncontested across 20 urban local bodies including Agartala Municipal Corporation. This will be the first civic election that the BJP will face after coming to power in 2018.

Apart from this, there is a lot more happening in Tripura ahead of local body polls. Lets see what has happened so far:

Today BJP worker lodged a complaint that when a street corner gathering was being addressed by Chief Minister Biplab Kumar Deb on Saturday night, Ghosh reached there and shouted "Khela hobey" (game will happen) and claimed that there were not even 50 people in the gathering the police official, who did not want to be named told ANI.

Following Saayoni Ghosh's arrest, a delegation of more than 15 TMC MPs will reach Delhi tonight, news agency ANI quoted TMC sources as saying. The MPs have sought an appointment with the Union Home Minister Amit Shah over the alleged police brutality in Tripura. The MPs will sit on a dharna from today morning in the national capital, sources added.

Meanwhile, Abhishek Banerjee in a tweet accused the BJP government in the North-eastern state of disregarding Supreme Court orders on the rights of political parties to hold peaceful programmes.

"@BjpBiplab has become so UNABASHEDLY BRAZEN that now even SUPREME COURT ORDERS DOESN'T SEEM TO BOTHER HIM. He has repeatedly sent goons to attack our supporters & our female candidates instead of ensuring their safety! DEMOCRACY BEING MOCKED under @BJP4Tripura," Banerjee said in the Twitter post, attaching a video of the alleged attack of Sunday morning.

The Supreme Court recently directed Tripura police to ensure that no political party is prevented from exercising their rights in accordance with the law for campaigning in a peaceful manner.

The Mamata Banerjee-led party is trying to gain a foothold in the state ahead of the 2023 Assembly elections.

What had happened earlier?

On saturday Tripura’s Agartala turned into a battlefield after singer-turned-politician and TMC leader Babul Supriyo was gheraoed by the BJP cadres while he visited Tripura to campaign for the civic polls.

Notably, while he was addressing a meeting, the Tripura BJP played a song written and sung by Babul ahead of the 2019 parliamentary election in favor of BJP.

“The BJP is acknowledging my contribution when I was in BJP and is actually complimenting my credibility. With the help of TMC Supremo Mamata Banerjee will write more songs now in favor of TMC,” claimed the former BJP MP.

Incidentally, the TMC also alleged that the BJP led Tripura government had purposely disconnected the electricity connection and sound system while their meeting was on and also that the BJP purposely played songs loudly so that the people cannot hear what TMC says about ‘development’.

West Bengal Transport minister Firhad Hakim who was also there in the meeting along with Babul and TMC spokesperson Kunal Ghosh said that the TMC is prepared to counter the ‘violence’ staged by the BJP and also claimed that the TMC believes in democracy for which they are ‘silent’ .

“The people of Tripura will answer during the polls. The TMC leaders and ministers are trying to replicate the violence of West Bengal in Tripura. The BJP workers didn’t do anything to disrupt the TMC meeting of TMC,” claimed Nabendu. Neither BJP nor TMC permitted to hold rallies today in Agartala: Tripura Police