The bench said the accused could file a review petition in the high court itself and there was no need for the Supreme Court to interfere in the case at this stage.

Telangana MLA poaching: No SC relief to poachers, top court refuses to interfere with HC order |
Follow us on

New Delhi: The Supreme Court on Monday rejected an appeal for a bail by three alleged poachers of four ruling Telangana Rashtra Samithi MLAs at the behest of the Bharatiya Janata Party, ruling that they should go by the directions of the High Court.

Dismissing the bail petition of the three accused – Ramachandra Bharati, Nanda Kumar and Simhayaji Swamy challenging the Telangana high court order, a division bench of the Supreme Court comprising justices B R Gawai and Vikramnath refused to interfere in the high court directions. 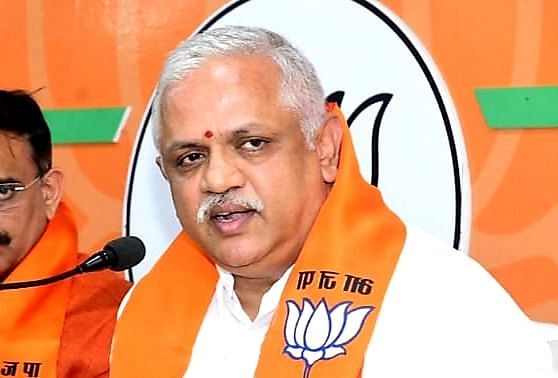 The bench said the accused could file a review petition in the high court itself and there was no need for the Supreme Court to interfere in the case at this stage. The bench dismissed the plea of the accused to quash the case against them.

Meanwhile, a Special Investigation Team (SIT) of the Hyderabad Police, probing the case at the instance of the High Court, began questioning of Srinivas, a relative of BJP state president Bandi Sanjay, who allegedly booked the flight ticket for Simhayaji, one of the accused.

The other three suspects – B L Santosh, BJP general secretary (organisation), Tushar Vellapally, founder-president of Bharat Dharmik Jana Sena (BDJS) and Dr Jaggu Swamy from Mata Amritanandamayi Ashram – did not turn up for questioning before the SIT on Monday.

The SIT had issued a notice on November 16 to Santosh to appear before it on November 21 at the police headquarters in Hyderabad. The BJP sources said the notice sent through Delhi Police has not been received by Santosh since he is not in Delhi. The High Court directed Delhi Police to cooperate in the matter.

BJP: A drama scripted and directed by Chief Minister KCR

The BJP had gone to court earlier, on November 18, alleging that arbitrary and illegal notices were being issued by the SIT. The court did not accept that, but instructed that BL Santosh would not be arrested by the police here.

The BJP, which called it "a drama scripted and directed by Chief Minister KCR, has sought a 'neutral agency like the CBI' to probe the alleged attempt to poach TRS MLAs.

The Supreme Court, however, said the SIT headed by CV Anand would be monitored by the High Court. The SIT has been asked to share probe findings only with the court and not with the political executive or the media.

A Supreme Court has said the SIT may serve notice under section 41, so Santosh must appear before the SIT, but there is a restriction on his arrest.