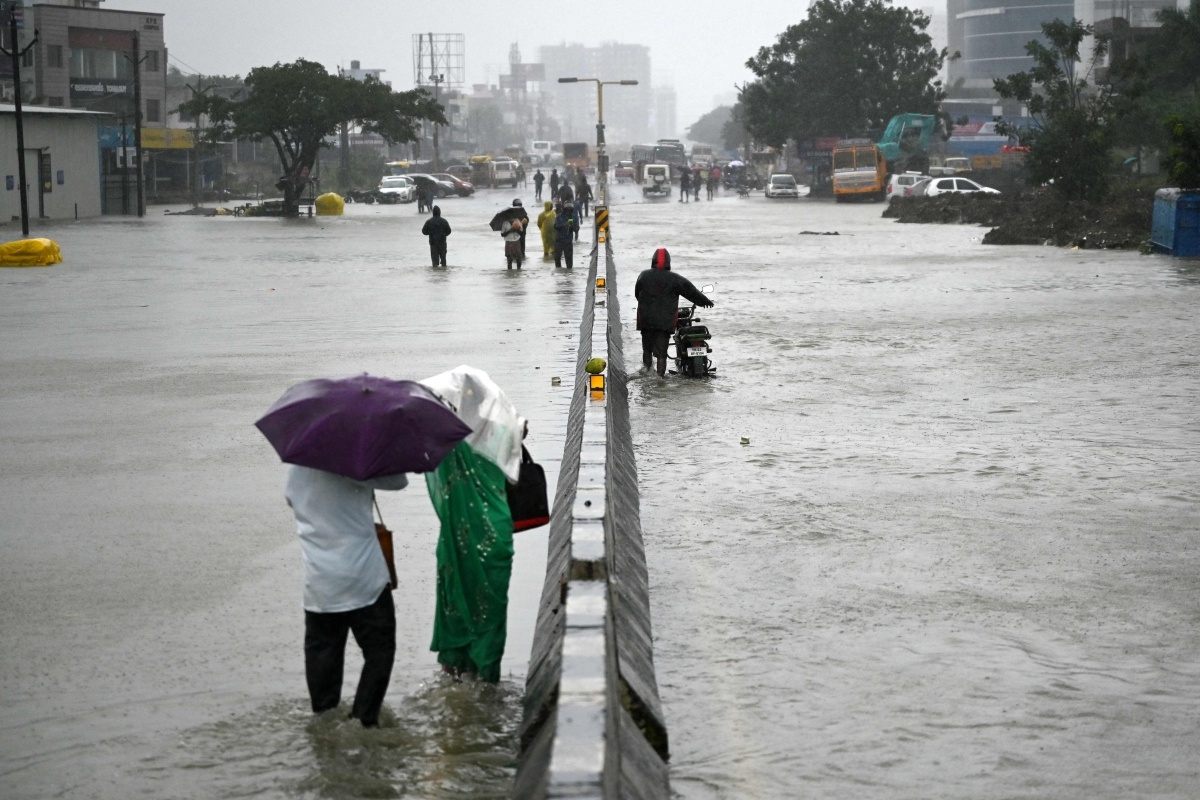 People wade along a waterlogged road during a heavy monsoon rainfall in Chennai on November 11, 2021 | AFP

Chennai: At least 14 persons died in rain-related incidents in Tamil Nadu as overnight heavy showers crippled normal life, left many residential neighbourhoods marooned and had those residing in low lying areas frantically scouring for aid from the administration and volunteers.

The Meteorological Department on Thursday evening withdrew the red alert for extremely heavy rains; however, flooded streets and snapping of electricity supply kept people largely indoors in many areas, including posh residential localities such as T Nagar and Anna Nagar. Trees were uprooted at several places and the Chennai airport suspended operations between forenoon and 6 pm in view of the inclement weather.

Chief Minister M K Stalin continued to be out on the streets supervising relief operations. The State, however, did not press for immediate monetary package from the Central Government, although PM Modi had reached out to Stalin soon after the situation worsened.

The Chief Minister said the Government would assess the damage once the depression over Southwest Bay of Bengal hits landfall and then seek central aid.

The police force and teams of National Disaster Rescue Force were on toes attending to distress calls and moving marooned people to safer locations and relief camps. In Chennai alone, 20 lakh food packets were distributed to the displaced population and about 160 uprooted trees were cleared. The police had closed 13 subways in the city on account of flooding.

As of Thursday evening, a depression over southwest Bay of Bengal, 30 km southeast of Chennai, was approaching the north Tamil Nadu coast. It was moving at a speed of 16 km per hour. “We can’t pinpoint the exact location for landfall unlike at the time of a cyclone. Rainfall would continue till Friday morning,” an IMD officer said.

The forecast is for heavy rains and strong winds on Friday, too, in the coastal regions of Chennai, Kancheepuram, Chengalpattu and Villupura districts.

The silver lining is that most reservoirs in Tamil Nadu are fast filling up, which could help the government cruise through the seasonal spike in drinking water demand during summer. 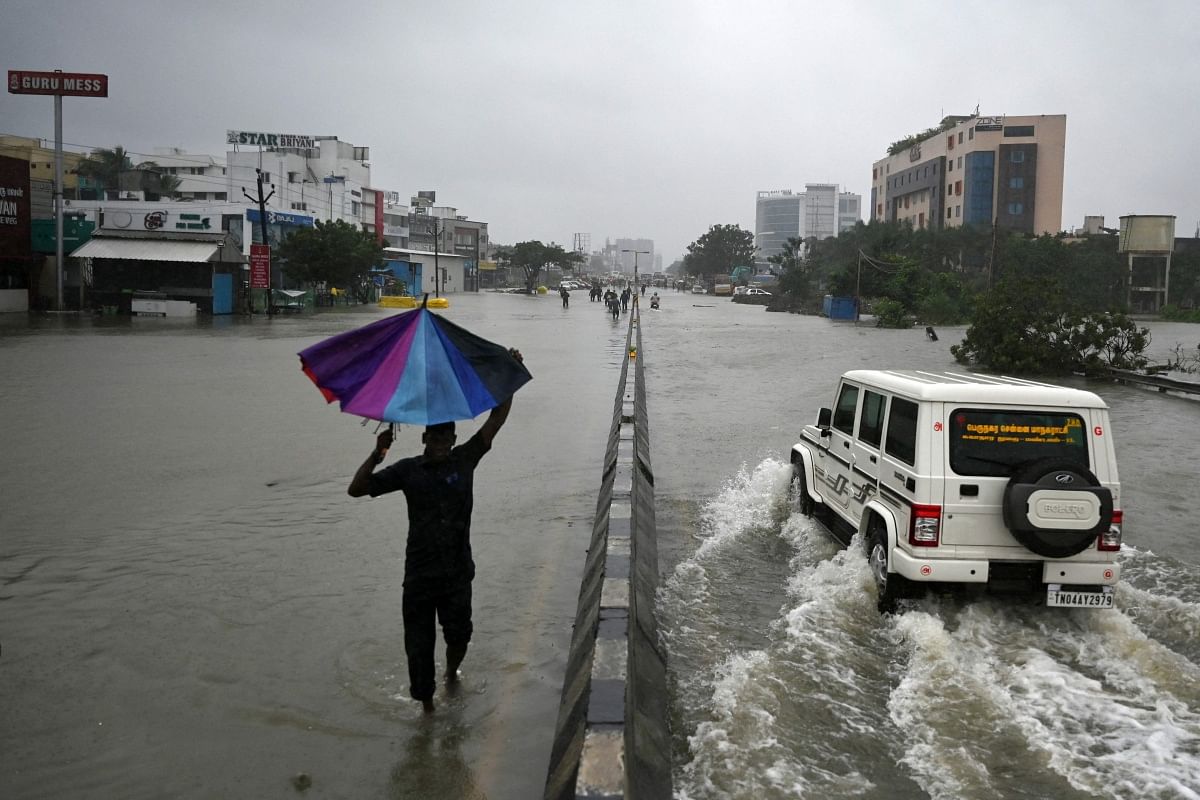