HomeIndiaTamil Nadu: DMK to use Justice AK Rajan committee report in its campaign against NEET - Here's what it says

Tamil Nadu: DMK to use Justice AK Rajan committee report in its campaign against NEET - Here's what it says

Tamil Nadu: DMK to use Justice AK Rajan committee report in its campaign against NEET - Here's what it says | (PTI Photo/Shahbaz Khan)
Follow us on

The ruling DMK, which is being criticised for not being able to cancel NEET as promised in the election manifesto for 2021 Assembly elections, is now planning to use the Justice A.K. Rajan committee report to campaign on the pitfalls being faced by the students.

The state government had constituted a committee headed by retired Judge, Justice A.K. Rajan on June 10 to study the consequences of NEET and the committee had recommended that admission to medical courses through NEET exam had put students with Tamil medium at a disadvantage. The committee reported that medical admissions of students with Tamil medium background have fallen after the constitution of NEET and that the exam had a CBSE bias thus bringing disadvantage to the students under Tamil medium.

The DMK which has been vociferously campaigning against NEET, has decided that the party would conduct an awareness campaign across the state highlighting the major pitfalls pointed out by Justice A.K. Rajan committee.

DMK senior leader and state Water resources minister, S. Duraimurugan while speaking to IANS said, "DMK has all along been pointing out that the students of rural areas of the state are at a disadvantage following NEET becoming the criteria for medical admission.

"The studies conducted by Justice A.K. Rajan commission have clearly pointed out that this is a fact. As a responsible political party, we will conduct awareness public programmes across the state, to highlight the flaws in NEET and how the students with Tamil medium background are relegated."

The committee also pointed out that the admission to MBBS course before the NEET days for Tamil medium students was 14.44 per cent while it has fallen to a negligible 1.7 per cent in 2020-21.

The DMK is planning to highlight these factors during the rural local body poll elections also as this could connect the party with the rural masses. With a scientific paper in its hand, the DMK feels that this could be highlighted and would force all other political parties in the state to voice their concern against NEET. 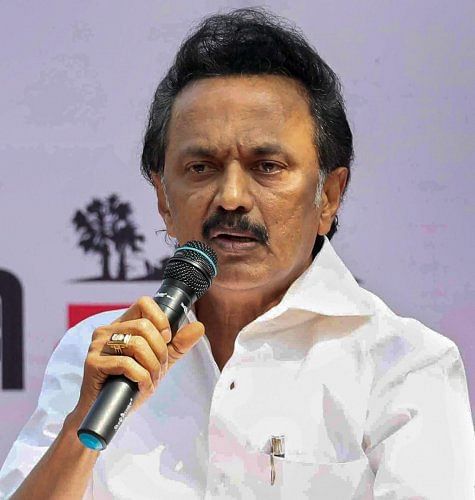